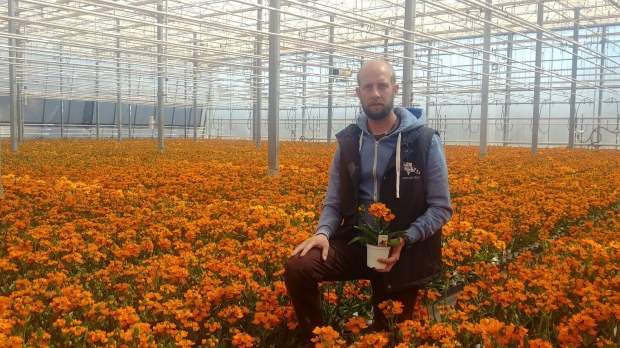 Beneath the panes of his greenhouse, Jan VanZanten surveys a sea of sun star flowers rising up from plastic pots, ready to ship but without a buyer.

In past years, the Niagara Region grower had no trouble selling to wholesalers by the thousands.

“Now we’re just composting,” VanZanten said. “Since my kids are home every afternoon, they have to spend two hours throwing out the flowers that have bloomed out.”

Sales are down 30 per cent for the year and Easter came and went at the height of physical distancing measures. The uncertainty facing the industry as Mother’s Day approaches — “you could liken it to Christmas for every other retailer” — and the critical spring planting season dawns are even more worrisome.

“If this goes till June we will most likely be at 70 per cent,” he said of year-over-year revenue loss. “My overdraft is maxed out at the bank. Obviously they’re wondering when I’m going to start drawing that back, and I can’t since I haven’t sold anything.”

VanZanten is one of thousands of flower farmers across the country concerned about the impact of the COVID-19 pandemic. Demand for non-perishable items pushed decorative plants out of the supply chain in last month’s stockpiling frenzy, while the ongoing shutdown of garden centres in jurisdictions including Ontario and New York has cut off critical points of sale, threatening to leave growers high and dry.

“This is when we sell. We’re on the cusp of a critical period,” said James Farrar, director of the Canadian Ornamental Horticulture Alliance.

Trees, bushes and bedding plants are usually planted between May 1 and June 15, he said, with customers ranging from backyard gardeners to municipalities.

In Ontario, flower producers discarded about 40 per cent of their Easter crop, according to Flowers Canada Growers.

The province has designated garden centres as a non-essential service — a painful exclusion for the industry, since nearly two-thirds of Canadian production stems from Ontario. Neighbouring New York and Ohio have also forced garden centres to lock their doors, while Michigan and Vermont have banned retailers from selling non-essential products, including home gardening items.

British Columbia — the second-biggest flower and plant producer — Alberta and Manitoba and have allowed garden centres to keep running, while Quebec deemed them essential along with nurseries as of April 15, though not in time for Easter.

Kuyvenhoven, who with his wife co-owns a $2.5-million business selling potted Chrysanthemums and indoor calla lilies — largely to U.S. distributors — on a pair of farms west of Toronto, says clogged supply chains south of the border remain a problem.

“U.S. customers for a time closed their distribution systems to floral and so the main grocery chains were not purchasing plants,” he said, which was hard on growers of cut flowers such as roses and tulips.

“If a truck can take 24 skids and four skids were flowers, the flowers came off the trucks and they put more food on the truck — which we completely understand. The only challenge is, when you’re growing flowers as we do, they also have a shelf life,” said Kuyvenhoven, who bought his business from his parents in 1990.

Flowers Canada Growers says exports to the U.S. make up about one-third of greenhouse flower and plant sales, which hit $1.6 billion in 2018, according to Statistics Canada. Nursery sales topped $500 million.

While garden centres can continue to operate across much of the continent, growers wonder whether bouquets and flower pots will remain on the shopping list of consumers struggling to make rent amid soaring unemployment numbers and a looming recession.

Kuyvenhoven is hoping that families confined to their homes for most of the day will choose to spend what they’ve saved from unpurchased vacations and lattes on plants for their vases and flower beds.

“That’s part of what’s carried us through downturns in the past,” he said.

Growers associations are in talks with federal and provincial governments over potential financial relief, with Flowers Canada Growers asking for a “cash injection” as well as extended debt repayment plans secured in part by Ottawa, Kuyvenhoven said.

So far, the federal government has extended a stay of default for eligible farmers until Oct. 31, giving flower and potted plant producers an extra six months to pay off federal loans that would have been due at the end of April.

Ottawa has also granted exemptions on air travel restrictions to temporary foreign works and invested $50 million to help farmers fly in labourers on charter trips. “New flights are being booked ever day,” the agriculture department said in an email.

Back at the greenhouse, VanZanten mulls the overripe lilies and orchids.

“Flowers do make you happier, they do actually lift your spirits…but there are farms that can’t bounce back from this,”

“This all happened at the wrong time.”

This report by The Canadian Press was first published April 26, 2020.