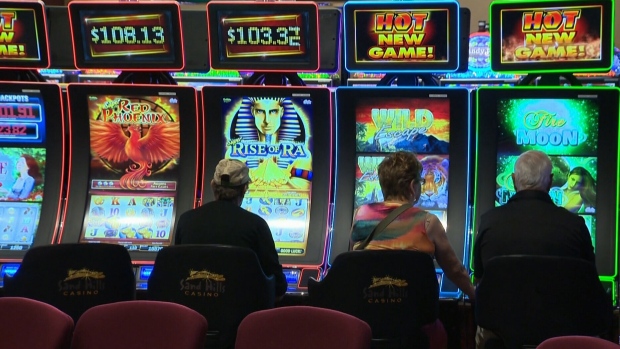 WINNIPEG — Premier Brian Pallister wants all Manitoba gamblers to butt out, but he could have a battle on his hands.

“We are not going to be proceeding to reopen smoking VLT facilities,” said Premier Brian Pallister last Thursday.

Smoking is permitted at some First Nations gaming centres like casinos, VLT lounges and bingo halls. All gaming venues are currently closed due to the pandemic.

Last Thursday, Premier Brian Pallister said when gambling establishments are reopened, smoking will be stomped out.

“We inherited these rules which allow smoking, we’ve got to get rid of them, and this is the time to do it in keeping with our consistent and unifying desires to see people kept healthy and well,” said Pallister.

The Premier said he and his ministers are in direct contact with the affected First Nations leaders.

But it’s unclear if this is a gamble that will pay off for Pallister.

“We totally disagree with the province being involved in First Nations policy about how they operate their gaming lounges,” said SCO Grand Chief Jerry Daniels.

Indigenous leaders in Manitoba have long argued the provincial indoor smoking ban does not apply to First Nations as they fall under federal jurisdiction.

Southern Chiefs’ Organization Grand Chief Jerry Daniels accuses the Premier of being divisive by raising an old political dispute in an attempt to take jurisdiction away from First Nations in the middle of a pandemic.

“We’re going to watch this Premier continue to try to chip away, but he’ll be in for a fight on this one. I know many of our chiefs are very upset about this one, about the statements that he’s making,” said Daniels. Jurisdiction is one argument. On the other side of the coin, the issue of health-related to second-hand smoke.

“We’re talking about what is arguably the biggest public health crisis in our history over the last 50 years, and that’s tobacco,” said McDonald. This isn’t the first time the Pallister government raised this issue. A directive to prohibit smoking in all gaming facilities was part of a mandate letter to Crown Services Minister Jeff Wharton back in March.