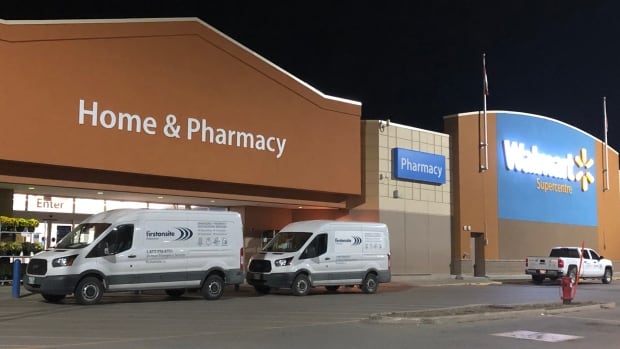 Police are investigating after fires broke out at three Walmart stores within less than three hours on Thursday night.

The first was reported at the location on Empress Street near Sargent Avenue at 6:07 p.m., City of Winnipeg officials said in a news release. Crews used hand-held extinguishers to put out the fire.

The next call came just over an hour later, at 7:19 p.m., at the location on Regent Avenue W. near Lagimodiere Boulevard, the release said. Again, crews put out the fire using hand-held extinguishers.

The final fire was reported around 1½ hours after that. Crews responded to the blaze at the location on McPhillips Street near Leila Avenue at 8:49 p.m., the release said. By the time they got to that one, the fire was already out.

All three fires are considered suspicious, the release said.

A duty officer with the Winnipeg Police Service said the force’s major crimes unit is investigating the blazes. No one was hurt in any of them, the officer said.