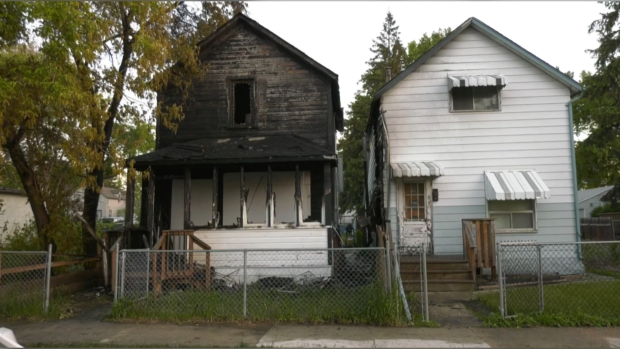 WINNIPEG — Firefighters in the city were busy between Sunday and Monday as crews responded to four separate fires in the city.

One fire occurred Sunday at 11:23 p.m. inside a converted, two-storey residential building in the 600 block of Agnes Street. When firefighters arrived, heavy smoke and flames could be seen coming from the structure. The fire was extinguished almost one hour later.

All occupants evacuated the home before firefighters arrived, and there were no injuries reported. No damage estimates are available, but firefighters said in a news release the structure may be a complete loss due to significant smoke, water, and fire damage.

The cause is under investigation.

Firefighters also responded to three fires early Monday morning. One fire occurred on Alfred Avenue, another on Disraeli Street, and the third on Harbison Avenue East.

The Alfred Avenue fire occurred in the 300 block in a two-and-a-half-storey duplex at 1:50 a.m. Firefighters had the fire under control at 2:14 a.m., but crews were called back at 4:11 a.m. after a hot spot reignited. The hotspot was extinguished by 4:32 a.m.

No occupants were found at the home, no injuries were reported, and the cause of the fire remains under investigation.

Firefighters were later called to a single-family home in the 100 block of Disraeli Street at 3:36 a.m. The home was fully engulfed in flames by the time firefighters arrived. Firefighters had to employ a defensive attack until conditions improved enough for them to enter the home.

Five people inside the home evacuated through a window before firefighters arrived. Paramedics assessed them on scene, but nobody was taken to hospital.

Firefighters were called back to the scene at 6:24 a.m. when they received a report of smoke coming from the scene. The hot spots were quickly extinguished.

Firefighters said the fire was accidental in nature and said it was caused by the careless disposal of a cigarette butt.

Firefighters also responded to a small fire in the 600 block of Harbison Avenue East at 8:13 a.m. Crews say a small fire on the deck occurred at a home, which was quickly brought under control.

There were no injuries, and all occupants evacuated from the home before crews arrived.

The fire was also determined to be accidental and caused by the careless disposal of a cigarette butt.