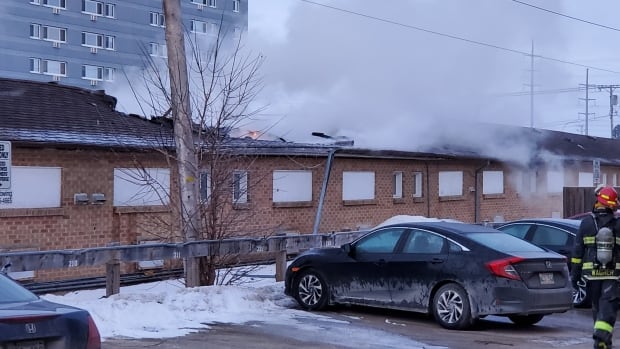 A passerby called in a fire burning through the attic of a Pembina Highway motel that hadn’t been noticed by the people living there, fire officials say.

Firefighters are still battling the stubborn blaze at the Capri Motel on Wednesday morning, which was called in to emergency officials shortly after 6 a.m.

Everyone got out of the hotel safely despite the fact they initially had no idea a fire was burning overhead, a fire official at the scene said. No one was injured.

When firefighters arrived, they found the fire burning throughout the attic of the one-storey building, which has six to 10 suites.

Firefighters are using chainsaws to cut open the roof so they can put out the flames in the attic.

The city asks people to avoid the area around the motel, which is north of Bishop Grandin Boulevard.