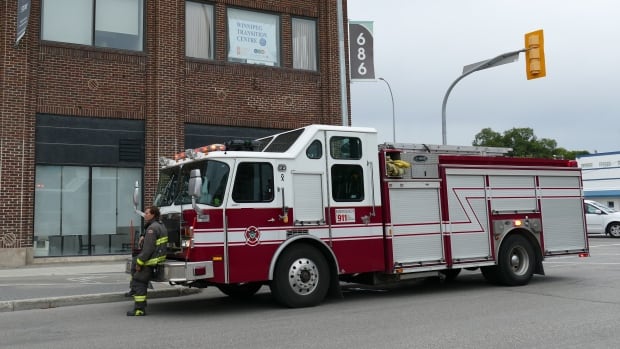 A fire caused by unattended cooking sent someone to hospital Tuesday afternoon, the Winnipeg Fire Paramedic Service said in a news release.

Shortly after 1:30 p.m., crews responded to an alarm coming from a three-storey commercial building on the corner of Portage Avenue and Maryland Street.

The building’s sprinkler system doused much of the fire by the time firefighters arrived, WFPS said, but crews worked to extinguish hot spots and ventilate the building.

No damage estimates are available yet, but someone who had been in the building was sent to hospital in stable condition after being assessed by paramedics, the release said.

The WFPS is reminding the public to always stay in the kitchen while cooking, and ensure stove burners are turned off once finished.

Anything that can catch fire, such as oven mitts, wooden utensils, towels and food packaging, should kept away from stovetops, and oil should always be heated slowly.

Should cooking oil catch fire and the fire is small, use a kitchen fire extinguisher, or cover the pot or pan with metal lid, to put it out.

WFPS says to never use water to put out an oil fire.