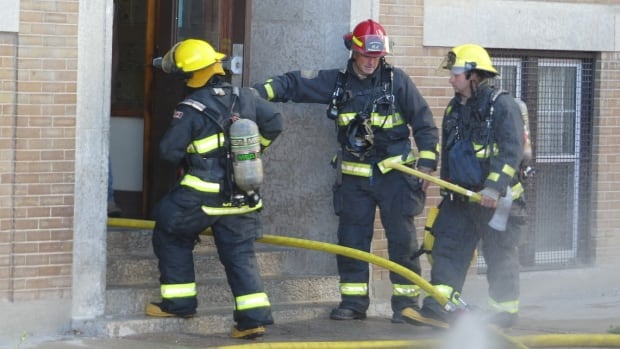 First responders were on scene at an apartment building in downtown Winnipeg Monday morning.

Firefighters, several fire trucks and an ambulance responded to a fire that broke out at 449 Kennedy Street, a three-storey apartment complex.

The fire ignited in one of the apartments on the third floor of the building.

CBC News has contacted the City of Winnipeg for more information.