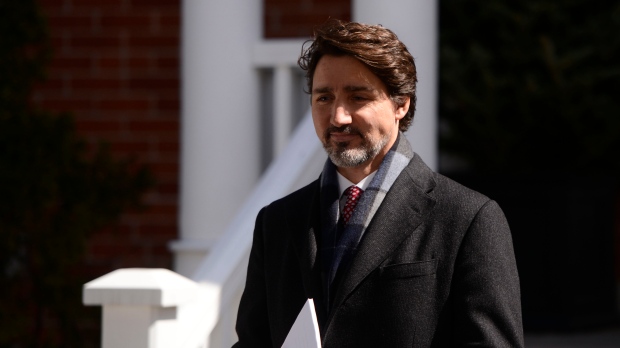 OTTAWA — Prime Minister Justin Trudeau has announced a new range of targeted financial measures to help the energy, arts, culture, and sports sectors particularly hard-hit by the COVID-19 pandemic that has halted many aspects of Canadian life.

Through new measures aimed at assisting these industries, the federal government says it is providing additional support for some industries that have fallen through the cracks of current financial assistance programs, with the intent of creating and maintaining jobs.

“Over the past few weeks, the pandemic has created anxiety and uncertainty for all Canadians, but some are going through an especially tough time. COVID-19 has brought many industries to a halt, and workers across the country are struggling as a result,” Trudeau said.

The measures announced Friday include specific steps to get workers in Alberta, Saskatchewan, British Columbia, and Newfoundland and Labrador back on the job, as well as additional help for rural business owners across the country.

Also Friday, it was announced that Canada and the United States have agreed to extend the current closure of the border to all non-essential travel for at least another month, while negotiations continue whether Parliament will resume.

Instead of taking on a broader energy industry bailout as some stakeholders had called for, the federal government has announced it is:

“Right now, workers and families are struggling because of things beyond their control. Both the devastating effects of the pandemic and the price war driven by foreign interests are a challenge,” Trudeau said on Friday. “As a result, companies have had to slow down or pause their operations, leaving too many people out of work.”

Asked why the federal government hasn’t offered a more expansive energy industry bailout, Trudeau pointed to programs already rolled out to help out of work Canadians, including those in the oil and gas sector, like the 75 per cent wage subsidy.

The prime minister said the measures his government announced will also maintain focus on fighting climate change and reducing emissions as the fight against COVID-19 continues.

“We will continue to look at ways we can support important industries in this country,” Trudeau said.

The new supports for these sectors follow several updates and expansions to direct aid for Canadians as well as fiscal supports for companies.

Trudeau said that his government heard from some in the arts and culture communities that the measures so far didn’t cover them.

In response, the federal government is:

In French, Trudeau said that artists, entertainers and athletes have brought comfort, laughter, and inspiration despite the dire situation the nation is facing and so the Canadian government felt it’s important to be there for them.

To date, more than 7.5 million payments have been made through the Canada Emergency Response Benefit, and Trudeau said Friday that, going forward, the latest figures on who is claiming this $2,000 a month program will be posted on the government’s open data portal three times a week for researchers and academics to access and use to inform relevant policy work.

ON HEELS OF PREMIERS’ CALL

The latest aid measures come following a Thursday evening call with the premiers, where further details and rollout of a promised federal-provincial agreement to top-up the salaries of essential workers like those in long-term care homes was also discussed.

On Wednesday he announced the federal government was working to cost-share a wage boost for essential front-line staff who are making less than $2,500 a month.

According to a PMO readout, all on the call “agreed on the urgent need to ensure long-term care facilities have the resources they need to protect the health and well-being of their residents and workers.”

Nearly half of all novel coronavirus deaths in Canada are linked to long-term care homes.

The provincial, territorial, and federal leaders also are said to have come to a consensus that the physical distancing, self-isolation and quarantine measures in place remain “essential.”

As talks continue about whether and how the House of Commons could resume sittings on Monday, the Senate has announced it won’t be resuming its sitting for more than a month.

All four recognized parties need to come to some agreement if the current House suspension, which ends on April 20, is to be extended.

“Right now on the books there is a rule that says that 338 MPs need to get on flights Sunday evening to come back to Ottawa on Monday morning as Parliament is supposed to resume. That is obviously not a good idea, we are not in normal circumstances,” Trudeau said.

The Conservatives would like to resume some form of a pared-down and physically distant in-person sitting with more sanitizer on-hand in the House of Commons chamber for four days a week, the Bloc Quebecois have said they are not in favour of in-person sessions given the current public health guidance, while the New Democrats and Liberals have indicated their desire for something in between.

Until the technical and procedural logistics of a fully virtual parliament can be established and proposed, the federal Liberals are suggesting a hybrid of limited in-person sittings of the House with question and answer periods as the Conservatives are keen for, supplemented by virtual meetings that would eliminate the need for all House administration staff and security to regularly reenter the building.

“Obviously the point of virtual sittings would be to ensure that Canadians who are not within driving distance of Ottawa continue to have their views represented and their concerns heard,” Trudeau said.

The Senate announced Friday that it has decided that it will be extending its adjournment period until June 2, barring any additional urgent recalls needed to pass further emergency legislation. It had initially agreed to suspend until April 21, but had since agreed to allow certain committees conduct teleconference or video conference meetings to study matters related to the COVID-19 crisis.

“This decision was taken as part of the Senate’s efforts to mitigate the spread of COVID-19. The Speaker will continue his consultations with Senate leadership as the situation unfolds,” said Senate Speaker George Furey in a statement.