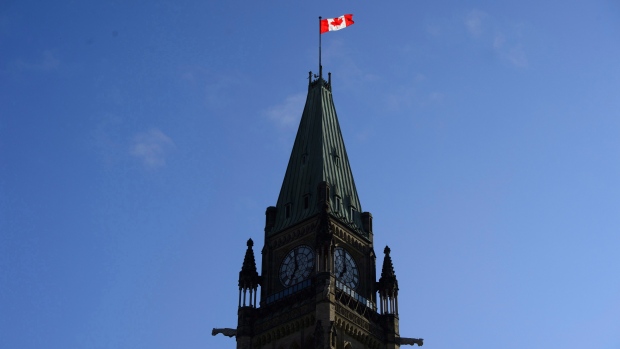 Federal officials are due to provide an update on measures for seniors, home care and temporary foreign workers during the COVID-19 crisis today.

The Prime Minister’s Office says the news will come from public health officials and cabinet ministers — not Justin Trudeau, who’s taking the day off from public appearances.

The expected update comes after a weekend that saw Quebec’s premier rebuke a long-term care home where 31 residents have died in less than a month.

Francois Legault says there was “gross negligence” at Residence Herron, where five of the deaths are definitively linked to COVID-19.

Authorities first inspected Residence Herron on March 29, three days after word of the first death, and found the residence “deserted” as staff had walked off the job.

The province’s coroner will investigate, as will police.

Numerous other long-term care homes across the country are experiencing outbreaks of the novel coronavirus, including Pinecrest Nursing Home in Bobcaygeon, Ont., which has seen 29 of its residents die in recent weeks.

The federal government has exempted migrant workers from COVID-19 travel restrictions because of their importance to the economy. Officials have said they’ll face health screening before travelling to Canada and will isolate for 14 days once they get here.

This report by The Canadian Press was first published April 12, 2020.