Home  »  News   »   Fatal Sask. bear attack victim was on phone with father when she was killed

SASKATOON — Hubert Esquirol was on the phone with his daughter, 44-year-old Stephanie Blais, the moment she was fatally attacked by a black bear Thursday afternoon.

Blais was at their family cabin on McKie Lake, north of Buffalo Narrows with her husband Curtis and two children Elie, 9, and Uma, 2.

The water pump had quit, so Stephanie had called her father to let him know.

“Elie, her son that was beside her, she ordered him to go to the house and get the antennae for the satellite phone so it could get a better connection, a better signal,” Esquiro told CTV News.

Within a few seconds, Esquiro said he heard a noise like a gurgling sound.

“I waited, and I stayed on the line two minutes, and I called her name and I said, ‘Hello,’ and I got no response. So then I called back and let it ring four minutes later, and I got no response. And seven minutes later Curtis called me [and said] that the bear had attacked Stephanie, he pepper-sprayed the bear, shot the bear twice, he attended to Stephanie and gave her CPR, but by that time she had no pulse.”

It’s the first fatal bear attack in Saskatchewan since 1983.

Esquirol said he then contacted a friend who was a seaplane operator, telling him “Stephanie had had an accident.” The pilot picked up Stephanie from McKie Lake and brought her back to Buffalo Narrows. 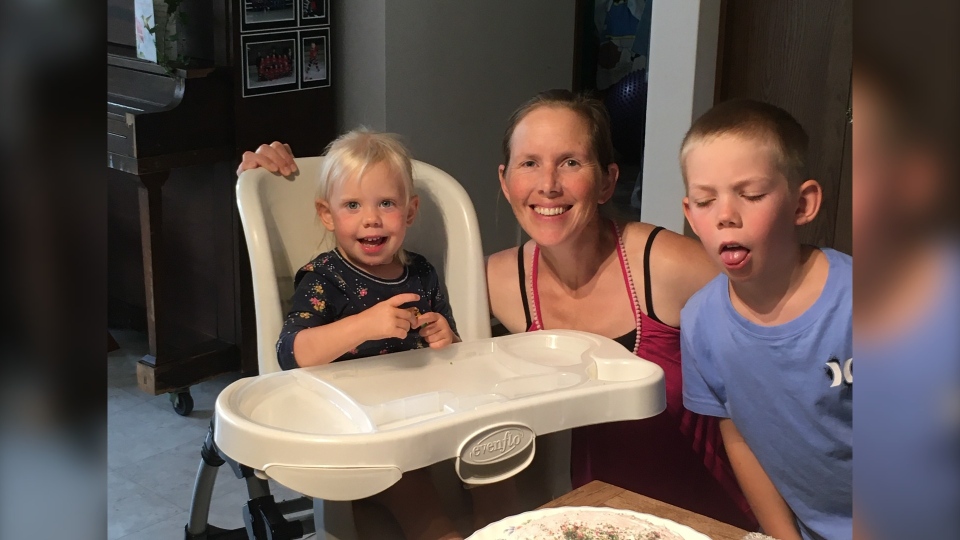 A photo shows Blais celebrating her 44th birthday with her kids. (Provided by Hubert Esquirol)

“Our concern became the children, both Curtis and I,” he said. “My thoughts were the safety and comfort of the children.” 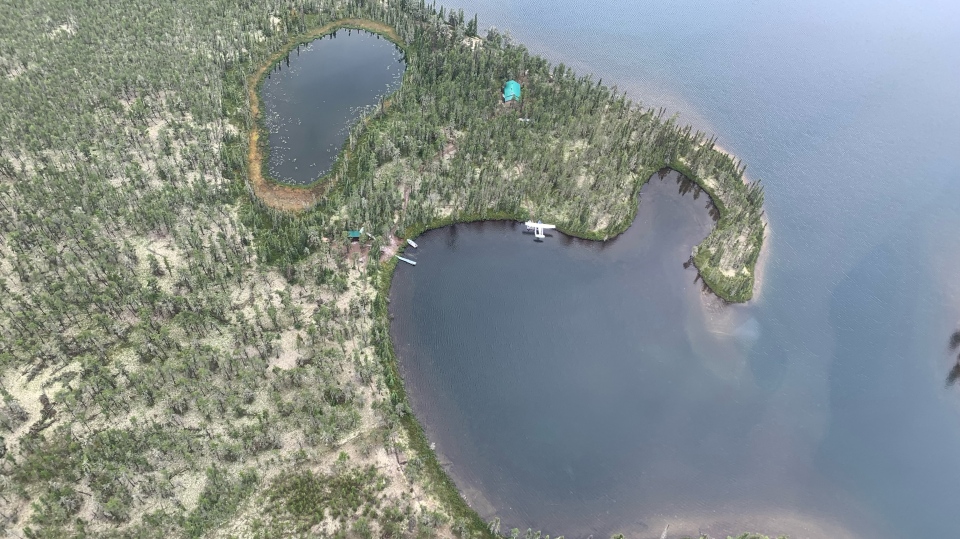 An aerial photo shows the area where Blais was fatally attacked by a bear. (Provided by Hubert Esquirol)

Esquirol said Blais developed a personality of her own as a very young person, and that some of her first words were “I do it by myself.”

She was well-educated with degrees in human justice and a master’s degree in elementary education and was well-travelled with as many as 37 countries on her passport. She taught school in Taiwan and Kuwait, lived in a mission in Guatemala for nine months and learned to speak Spanish, and worked at the United Nations commission for human rights in Geneva.

Blais’ older sister Natalie, died in a car accident in October 1991 in North Battleford when she was 19-years-old, while her mother Janice died in December of 2008 from breast cancer.

Esquirol said many are rallying around his family in the wake of Blais’ death.

“The support and the outpouring of support has been pretty good, pretty healthy,” Esquirol. Said.

According to an RCMP news release issued on Friday, the Saskatchewan Coroners Service and Ministry of Environment conservation officers investigating the incident.