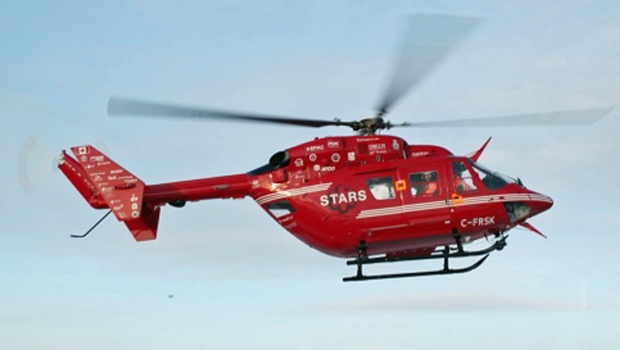 WINNIPEG — A mother, father, and their two kids, ages eight and five, were taken to hospital on Wednesday night following a crash near Minnedosa, Man.

STARS Air Ambulance said it was dispatched to the single-vehicle rollover at the junction of Highway 16 and Highway 10.

RCMP said they responded to the collision around 7:35 p.m.

The collision shut down a section of the highway, from Highway 16A to Highway 10. As of Thursday morning, the road is reopened.

The eight-year-old girl was taken to the Children’s Hospital in Winnipeg in serious condition, but she has since been upgraded to stable condition.

The other three patients, a 29-year-old man, a 28-year-old woman, and a five-year-old child, were taken for treatment in Brandon, Man. All three are in stable condition.

Police and a traffic reconstructionist are investigating.