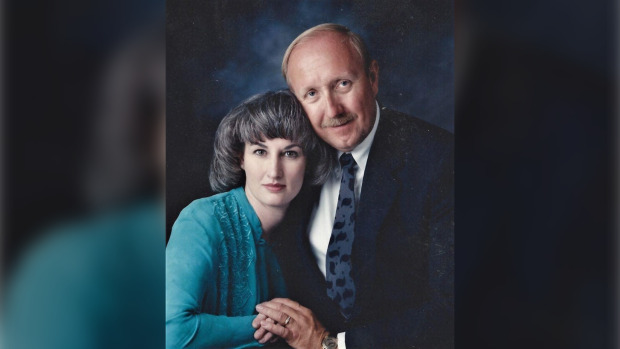 WINNIPEG — A woman originally from Manitoba is missing in the aftermath of a mass shooting across rural Nova Scotia, according to her sister.

Lori Thomas of Brandon, Man. said she last text messaged with her sister, Joanne Thomas, Saturday. Lori said she hasn’t been able to reach Joanne or Joanne’s husband, John Zahl, since hearing about the deadly rampage.

“I immediately attempted to phone my sister, I made every attempt to contact all their phone numbers,” said Lori. “I contacted the RCMP, the hospital in Truro, St. James Presbyterian Church in Truro and I did contact a neighbor, as well. Nobody was able to provide any information, whatsoever.”

“Because they are still listed as missing people, that doesn’t bring any kind of closure,” said Lori. “Because Joanne was so faithful with being in contact, I was presuming the worst by Sunday.”

Family members said the couple’s home is on Portapique Beach Road in Portapique, N.S. where the violence began to unfold Saturday night.

“This is beyond anything I could’ve possibly imagined,” said Lori.

On Tuesday, John and Joanne’s son, Justin Zahl, told CTV’s Your Morning he learned his parent’s home had been burned to the ground and is one of the crime scenes being investigated by the RCMP.

“If that is my parents in the house… that’s all I want to know,” said Zahl. “Just confirm my suspicions.”

Lori said she’s been in contact with Justin and other family members from across the continent. She said John and Joanne have lived in Portapique for the past three years. Before that, Lori said the couple lived for 30 years in Albuquerque, New Mexico where they raised their children.

“Three years ago, it was time for some changes to be made and they chose to leave Albuquerque and they moved to a quiet, idyllic setting of Portapique Beach, N.S. because it was beautiful, it was very different,” said Lori. “I think they liked to try and explore new places.”

Joanne grew up in Winnipeg, where she graduated from high school before attending the University of North Dakota to study speech pathology and language. Lori said Joanne ultimately got a business degree and worked in the medical field.

Lori said John and Joanne were supposed to be overseas on a month-long vacation that had to be cancelled due to measures to prevent the spread of COVID-19.

The couple was set to return home on May 11, she said.

Lori’s thankful she’s been able to stay in touch with family by phone but said it’s difficult knowing they can’t all be together.

“These tough times have been made extraordinarily more difficult,” said Lori.