TORONTO — An Oshawa, Ont. family that lost four relatives in a shooting last week has issued its first statement to the public.

In the message released through Durham Regional Police on Thursday, the Traynor family said it is grateful for all the messages and support it has received in the wake of the tragedy.

“Loretta is recovering from her injuries, with Sam remaining closely by her side. Both are devastated over the tragic loss of Chris, Bradley, Adelaide and Joey, but the support provided by the staff and students at the family’s schools, the Durham Catholic District School Board and the entire Oshawa community have been of great comfort to the entire family,” the statement reads.

Lapa, police said, was found dead inside the house after suffering from a self-inflicted gunshot wound. His white Ford pickup truck was seen parked in front of the residence. 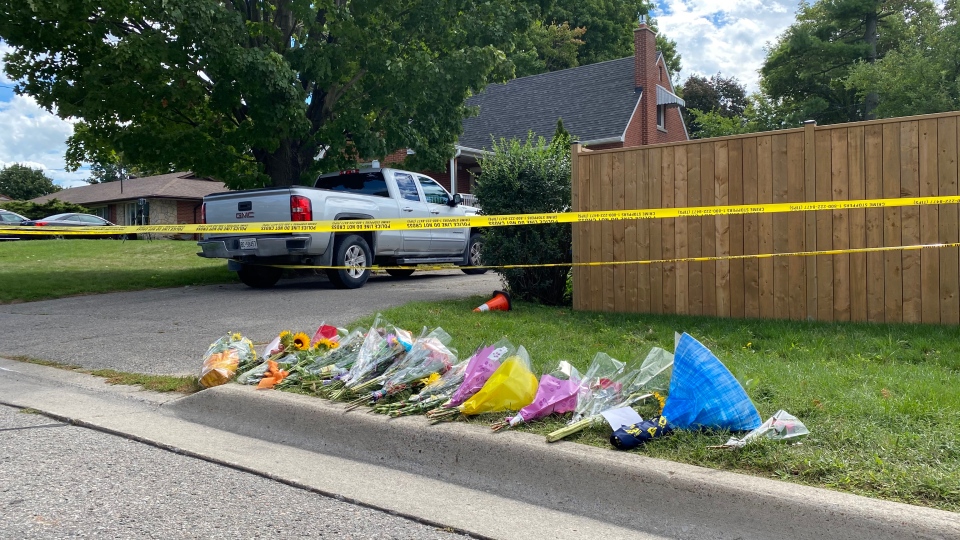 The children’s mother, Loretta, was seriously injured in the shooting. The husband and wife were both teachers with the Durham Catholic District School Board.

The couple’s only surviving child, Sam, was away at university at the time of the shooting.

The homicide unit continues to investigate the motive for the shooting.

Neighbours, friends, classmates, and colleagues continue to pay tribute to the family. A GoFundMe page has also been set up to help them.

The family said it will put together a committee to advise on the disbursement of the funds “to support and appropriately memorialize the entire family.”

“Finally, while we understand the desire for further information, we ask that the media and the public to please respect our family’s need for privacy during this very difficult time.”