WINNIPEG — Families of residents in a Gimli care home say they appreciate the safety measures taken by staff, but are still worried for the health of their loved ones – after news broke that one employee had tested positive for COVID-19 and nine residents were sick.

Manitoba Health Officials confirmed Thursday that nine people at the Betel Personal Care Home in Gimli, are showing signs of respiratory illness and are in isolation. On Friday, the province said seven of the nine people have tested negative for COVID-19.

Sherry Benson-Podolchuk’s 95-year-old father is a resident at the care home. He is not one of the nine residents in isolation.

Benson-Podolchuk said the safety measures at the personal care home – while important – are difficult for the residents.

“I think for older people – it’s even more isolating,” she told CTV News. “It’s hard enough to be there without family coming in, because we would visit a lot.” 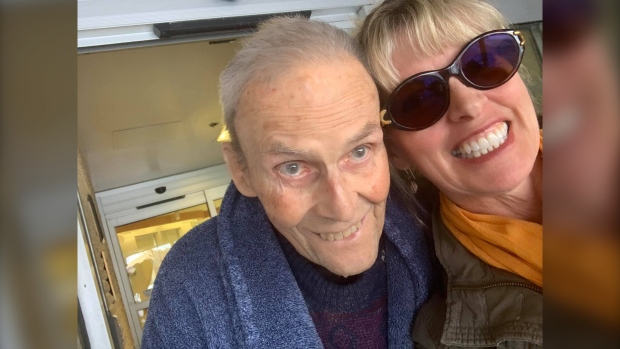 She said her family used to visit her father twice a week. Now, Benson-Podolchuk said all she can do is stand outside her father’s window and talk to him.

Benson-Podolchuk says she still has questions about who is being isolated and who is being tested at the care home.

“My dad has compromised lungs, so if he gets anything like that – that could be quite serious,” she said. “Some people can survive this virus at 100, and some people at 31 will die. There is no defining age and that’s what’s so terrifying for people.”

Another family member of a Betel care home resident, who asked not to be named, said they are satisfied with the way staff are caring for their mother, who is over 100-years-old.

They told CTV News the care home informed them of the case of COVID-19 on Wednesday evening. Since then, they said the care home has cancelled activities and are taking precautions.

“I’ve always been very satisfied with the way that they’ve been caring for the residents,” they said. “The staff that I know are doing a very good job.”

Still, the news that COVID-19 had arrived in Gimli caught them off guard.

“I thought we were well-insulated in Gimli – but I guess it can happen anywhere,” they said, adding they have no plans to pull their mother from the home. “I think she’s probably just as well protected there as she would be at home.”