WINNIPEG — The Rural Municipality of Stuartburn has issued an evacuation notice for some residents due to flooding in the region.

The notice was issued Tuesday evening at approximately 9:30 p.m., according to a post on the RM’s Facebook page.

The notice is for residents of the Arbakka area, living from road 41E to 54E, south of PR 201. They’re being asked to report to the RM office in Vita, Manitoba.

The notice said if residents have access to PR 201, the evacuation order doesn’t affect them.

A state of emergency remains in effect for the RM of Stuartburn following torrential rainfall in the region that washed out roads and forced at least four homes to be evacuated.

The state of emergency was put into effect Monday afternoon and will remain in place for 30 days. With some roads unusable and more rain in the forecast, the RM says travel is not advised. It has put a call out for volunteers Monday evening to help sandbag homes in the community.

During an interview on Monday, Reeve David Kiansky said he hadn’t seen the amount of rainfall in the region since the 1997 floods.

“We will have a serious problem with flooding. We’ve lost so many roads, and now this is continuing,” he said.

Kiansky said the water rose up suddenly and covered a lot of farmland and most roads running north to south.

He says crews worked to get people out of a handful of homes, including one man who was taken out by tractor as his property was under two feet of water. 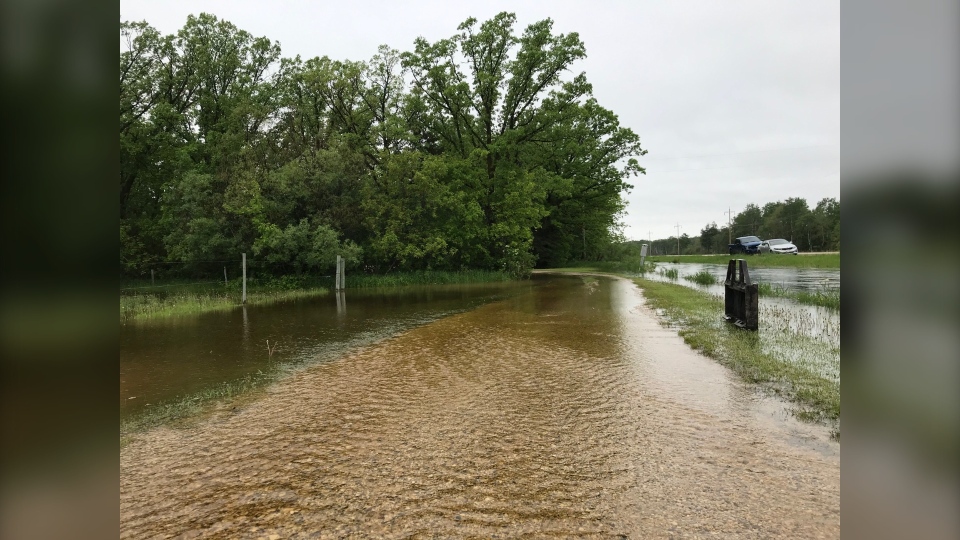 (A state of emergency remains in effect on Tuesday following flooding in the RM of Stuartburn. The flooding was caused by significant rainfall in the area since the weekend. CTV Photo Mike Arsenault)

Four homes had been evacuated by Tuesday morning and several more were possible, Kiansky said.

Don Lomax was in the RM helping to keep his daughter’s house dry. He said the rain over the weekend did not let up, and the yard started to fill with water.

“It just started flooding, and yesterday she was getting panicked so they went and got sandbags and sandbagged all the way around,” Lomax said, who added the RM sent crews who arrived the next morning with an aqua dam to help keep the water back.

The flooding was worse than it might otherwise have been because the ground was already saturated from a wet fall, Kiansky said 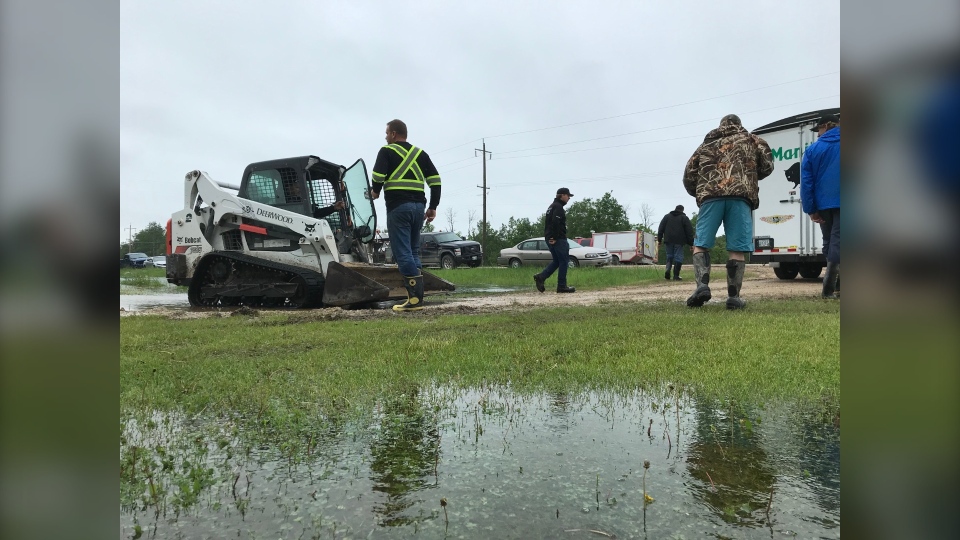 The forecast was adding to Kiansky’s concerns. It was still raining Tuesday and another 10 to 20 millimetres of rain was expected by Wednesday.

“It’s not giving up. It’s relentless.”

Lucie Maynard, the Chief Administrative Officer for the RM said they declared the state of emergency after homes became compromised and floodwater washed out multiple roads.

“We were aware of some homes that were potentially going to need to be bagged or diked,” said Maynard. “With anywhere from four to eight inches of rain throughout the municipality, it was kind of inevitable.”

According to Environment Canada, several regions in southeastern Manitoba have received significant rainfall in the past 72 hours.

According to preliminary totals, Gardenton, located in the RM of Stuartburn, has received 150 millimetres of precipitation. 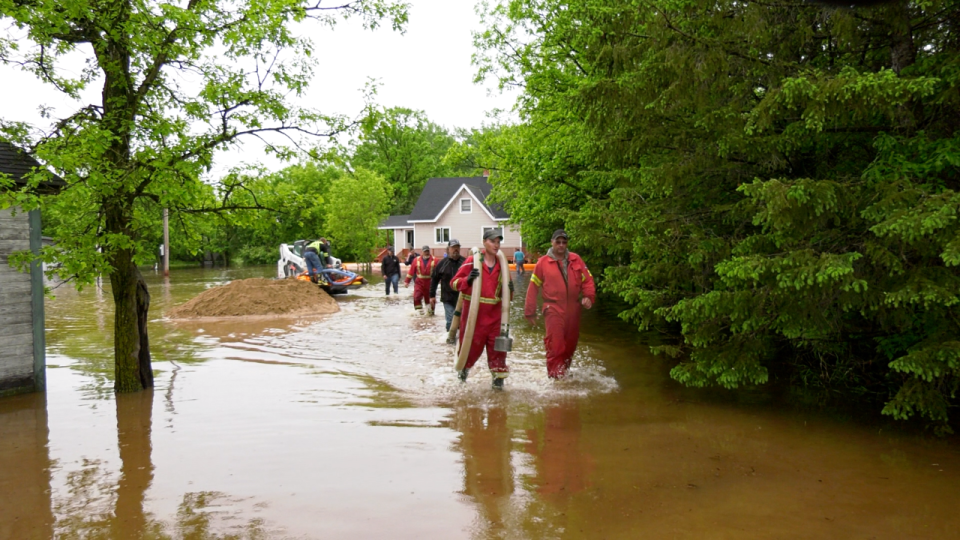 On Tuesday, the province issued a high water warning for areas of southeast Manitoba due to the continued rising of water levels among rivers and creeks.

-with files from CTV’s Mason DePatie and The Canadian Press.