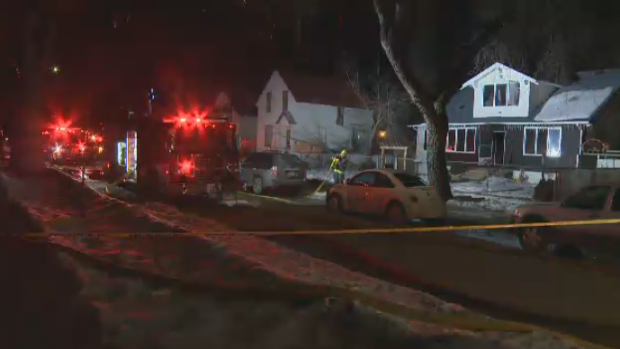 WINNIPEG — Eight people are in hospital, three in unstable condition and five in stable condition, after a house fire on Manitoba Avenue Friday night.

The Winnipeg Fire Paramedic Service said it was called to the fire in the 200 block of Manitoba Avenue around 8 p.m.

On arrival at the one-and-a-half-storey home, crews found heavy smoke coming from the structure and launched an interior offensive attack.

According to WFPS, the home suffered considerable smoke, fire and water damage.

WFPS said everyone self-evacuated from the home prior to the arrival of crews. Paramedics assessed and transported eight individuals to hospital – three in unstable condition and five in stable condition.

Fire Investigators suggest the fire was caused by curtains coming into contact with a light bulb.