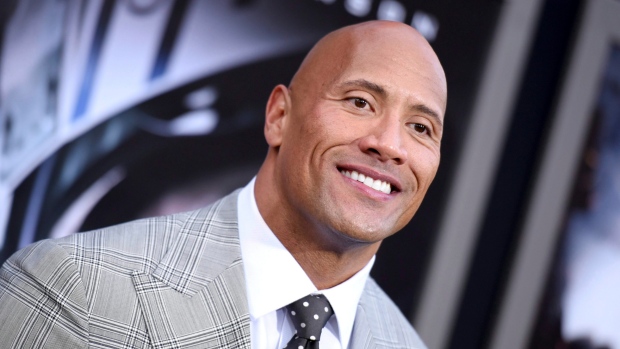 TORONTO — Movie star Dwayne “The Rock” Johnson revealed he, his wife and two of his daughters have tested positive for COVID-19, but that the family is now “on the other end” of the virus and are no longer contagious.

In an 11-minute Instagram video, Johnson said he and his family contracted the virus two or three weeks ago from some close family friends who do not know how they contracted it.

“This has been one of the most challenging and difficult things we have ever had to endure as a family, and for me personally as well,” Johnson said in the video.

“Testing positive for COVID-19 was much different than overcoming nasty injuries or being evicted or even being broke, which I have been more than a few times.”

Johnson said two of his daughters, Tianna and Jasmine, aged two and four respectively, had a sore throat for a few days, but were otherwise fine.

Johnson and his wife Lauren Hashian, on the other hand, had a “rough go” of it as they battled the infection.

“I wish it was only me who tested positive, but it wasn’t, it was my entire family, so this was a real kick in the gut,” he said.

Johnson also urged his followers to apply greater discipline when it comes to social gatherings, to boost their immune systems through proper diet and to wear a mask.