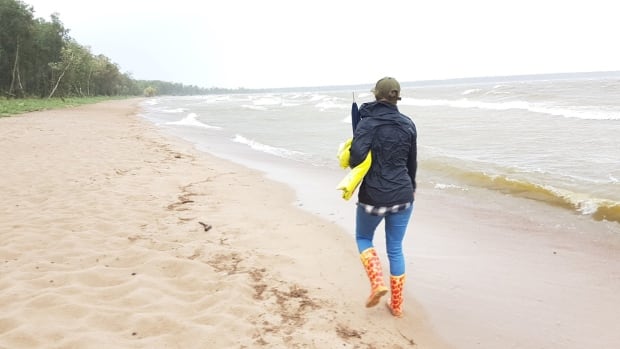 A blazing hot August went out with a whimper and has left many people reaching for their thermostats and sweaters. But Environment Canada’s senior climatologist says don’t lose hope — and don’t put away your lawn furniture just yet.

September looks to be “normal to warmer than normal … and we’re seeing it drier than normal. So from [a] farmer’s point of view, in terms of getting the harvest in, it looks like [an] ideal kind of situation,” Dave Phillips said.

“There’s still a lot of summery weather left in the air.”

Winnipeggers got a feel of fall in the past week as high temperatures slid to 15 C one day and ended the month at 19 C.

It was a far cry from a summer that brought 19 days above 30 C compared to a normal year with 12, Phillips said.

Seven of those days came in August alone, along with numerous heat warnings with humidity levels that made it feel like 40. Even with the dip in mercury at the end, August finished with an average temperature of 27 C, data from Environment Canada says.

Although many people look at that 30-degree mark as the indicator of a sizzling summer, Phillips thinks those days are sometimes overemphasized.

If you look at days above 25 C instead — those pleasant days where it’s warm but not too much — Winnipeg’s summer was spectacular. The city had 65 days that reached at least that mark, compared to a normal year with 45.

With a stretch like that, it’s no surprise Winnipeggers got comfortable with sun and heat, and not a shock that temperature in the teens feel like brain freeze.

But it’s just a blip, Phillips said. At least, it should be.

There’s no money-back guarantee the fall will be mild, but all the models are suggesting it, he said.

“I think there’s a lot of confidence the good weather continues,” he said. “Although sometimes there are surprises there.”

In the case of fall 2019, that was the Thanksgiving thud of heavy wet snow — 34 centimetres in all — that led to power outages and so many broken branches the damage became known as a tree apocalypse or treemageddon.

“Sometimes the weather can turn on you, but overall, we think the flavour, the personality of the fall ahead, can avoid those,” Phillips said.

“But really, only once in 10 years do you get out of September without a frost. So we know there’s going to be frost on the pumpkin and we know a dusting of snow, certainly before Remembrance Day, is in the cards.

“But it doesn’t necessarily mean that this is going to be what dominates the fall. We think it’s going to be the other way.”