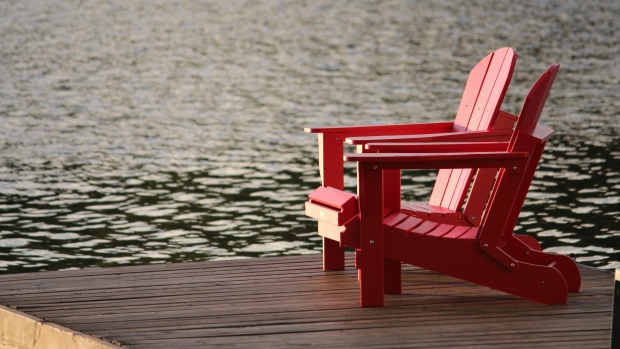 TORONTO — The advice has been clear. To help flatten the curve and keep Canadian hospitals from being overwhelmed by COVID-19, everyone should stay home.

For some Canadians, though, it raises a question: Which home?

As the novel coronavirus has spread across the country, infecting thousands, some have decided that quiet, rural communities might make for a better place to hang their hats than bustling, population-dense cities.

These decisions to relocate to seasonal homes come with the risk of creating tension in the small communities set up to handle large populations in the summer and small ones at this time of year, as well as real health risks. The Federation of Ontario Cottagers’ Association (FOCA) said earlier this month that it had been contacted by a number of cottagers concerned that travelling could further the spread of the virus.

Additionally, should an out-of-town visitor contract the virus, they may find that they can’t access treatment as easily as they would have been able to had they stayed in a larger city.

In some rural towns, expected patient influxes and staff absences are affecting local health-care sectors in severe ways. Emergency rooms in the Ontario communities of Clinton and Chesley are no longer open overnight because of demands during the daytime.

Bracebridge, Ont. Mayor Graydon Smith told CTV News Barrie on March 21 that his town was “seeing an influx of a lot of people,” potentially putting a strain on its health-care system.

“We’ve got a limited number of ICU beds, and if we’re suddenly dealing with double the population … we could see a real shortage of needed health-care facilities,” he said.

Canada’s chief public health officer weighed in on the subject Sunday, making it clear in no uncertain terms that this is not the time to head for a cottage, cabin or camp.

“Urban dwellers should avoid heading to rural properties, as these places have less capacity to manage COVID-19,” Dr. Theresa Tam said at a press conference in Ottawa.

There are also supply-chain issues to consider. Retailers across the country have found it difficult to keep food, cleaning supplies and other highly-demanded products on their shelves. For stores in remote areas that are used to serving small populations at this time of year, a sudden influx of cottagers can make it even more difficult to meet the needs of their year-round customers.

Even FOCA, which largely represents owners of seasonal properties, is urging cottagers to consider the strain they could put on these communities.

“FOCA reminds members that our rural communities have reduced capacity to accommodate sudden changes in supply demands,” the organization said in its bulletin.

“This is not the time for our usual credo to ‘buy local’ in cottage country.”

Tourism is a major big business in many cottage communities, where populations often more than double during the summer months – bringing in the economic stimulant needed to keep the permanent residents afloat through the winter. That’s certainly true of Saugeen Shores, Ont., where Luke Charbonneau has started repeating an anti-tourism mantra that he never expected he’d have to give.

“Don’t travel out of Saugeen Shores,” he told CTV News London on March 26.

On top of all that, there is no evidence to suggest rural areas are inherently better protected from the virus. Based on the numbers available Sunday morning, sparsely populated Yukon was reporting roughly one confirmed case for every 9,000 residents, while Ontario – Canada’s most populous province – had approximately one case for every 12,000 residents. There have been three deaths in Ontario’s Simcoe-Muskoka health region and three more in the Haliburton, Kawartha, Pine Ridge health region, both of which include large swaths of the province’s cottage country.

Factor in the likelihood that the vast majority of COVID-19 cases in Canada have yet to be detected, and it appears there is no reason to believe in the idea of rural sanctuaries.

“Even if you have not heard of cases in your community, that does not mean that there are no cases or no exposures waiting to happen,” Tam said.

As of Sunday, there have been more than 6,200 confirmed cases of COVID-19 in Canada out of more than 205,000 tests conducted. More than six per cent of known cases have ended up in hospital. Sixty-three people have died of the virus in Canada.