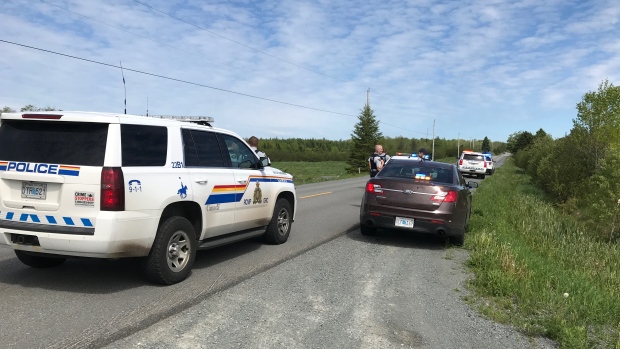 HALIFAX — The RCMP say a dog suspected of attacking and killing a person in Middle Musquodoboit, N.S., Tuesday morning is now dead.

Police have not released any details about the person who was killed, including their age or gender.

The RCMP said Tuesday morning that a “dangerous” pit bull suspected in a fatal attack was on the loose near the intersection of Wittenburg Road and Webster Road.

Police were asking people who live in the area to stay indoors while they searched for the animal.

They say the circumstances surrounding the fatal attack and the dog’s death are both under investigation.

2020-06-09 10:04 a.m.
Update: The pit bull was located and police has confirmed it is deceased. The circumstances surrounding the initial call and the dog’s death are under investigation. https://t.co/OvHrFUidUi

Tan & brown Pitbull on the loose in #MiddleMusquodoboit near the intersection of Wittenburg Rd. and Webster Rd. Stay indoors, do not approach, considered dangerous. Call 911 if you see see the pitbull.