WINNIPEG — Crews have started dismantling a homeless camp near the Disraeli Freeway. 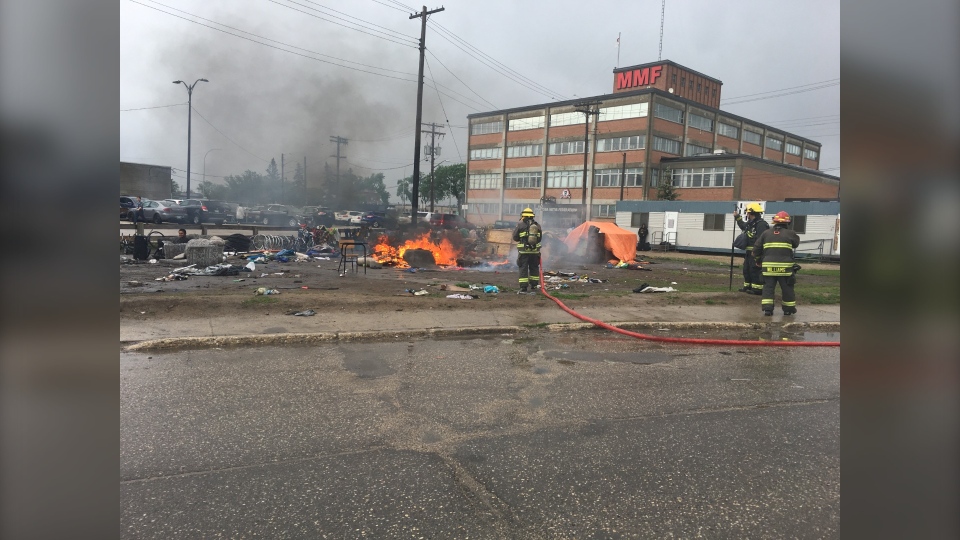 (Firefighters extinguish a fire at a homeless camp near the Disraeli Freeway Wednesday morning. It is not currently known how the fire started. CTV News Photo Touria Izri)

The city announced last week it would dismantle the camp due to safety concerns in the area.

The Manitoba Metis Federation threatened to take legal action against the city for the camp, saying it witnessed illegal drug use and sales, indecent exposure, and loitering.

A letter to the city from the MMF went on to say its parking lot and fence had been urinated and defecated on and that staff had been threatened and harassed.