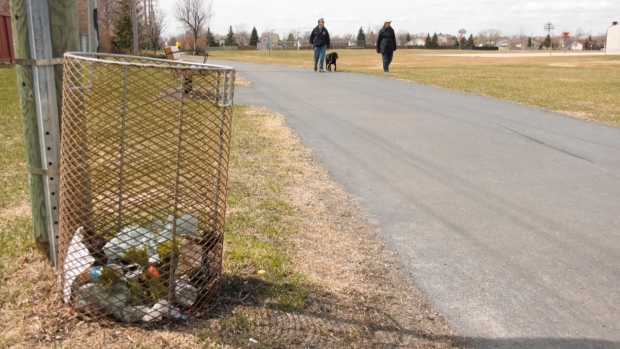 WINNIPEG — Winnipeg City Councillor Markus Chambers has submitted a motion to ask the Winnipeg Public Service to see if there are enough garbage cans along trails and if they can be emptied more often.

Chambers said he putting this motion forward because more people have been using the pathways during the COVID-19 pandemic.

He added that he is happy to see Winnipeggers are using the garbage cans but doesn’t want to see them being overused.

“Then it is a matter of having enough so they aren’t overused and become a nuisance in terms of being over full and then not being emptied on a timely basis,” said Chambers.

He feels that with more people taking their pets out more often during the virus, the cans can become more full and it might discourage people from using them and it would be a sore spot along the trails.

“Now that more and more people are at home throughout the day, they’re walking their pets and being responsible and we want to encourage that, but we also want to encourage the usage in terms of having an appropriate amount of pet waste reciprocals.”

Chambers is also asking that signs indicating where bins are to be reviewed to see if they are clear and noticeable.

The motion was submitted to the Riel Community Committee and it is set to be debated on May 11.