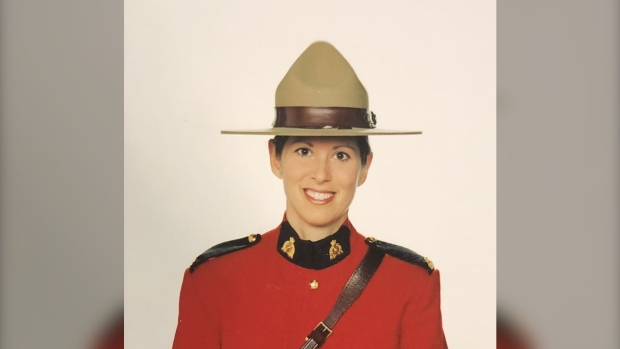 HALIFAX — Police say at least 13 people, including an RCMP officer, have been killed in a mass shooting incident in Nova Scotia. The suspect is also dead following the incident.

Police urged residents to remain in their homes with their doors locked while they scoured the community.

Leather said the search for the suspect — later identified as 51-year-old Gabriel Wortman — led to several sites in the area, including structures that were on fire.

This is a breaking news update, earlier story below:

An RCMP officer is dead and another is injured after a shooting incident involving several victims in Portapique, N.S.

“Our hearts are heavy with grief and sadness today as we have lost one of our own. Our thoughts go out to our Member’s family and friends,” said Brian Sauvé, president of the National Police Federation, in a statement.

“A second dedicated Member was injured in the line of duty today. We will do everything we can to support them and wish them a full recovery.”

No details about the victims have been released at this time.

CTV News has learned that the suspect wanted in connection with the shooting incident in Portapique was also killed.

Police have only confirmed that Wortman had been taken into custody Sunday morning, but didn’t provide any additional details.

RCMP are expected to reveal more information about their investigation during a news conference at 6 p.m. AST.

The interim director of Nova Scotia’s Serious Incident Response Team — which investigates all serious incidents involving police — confirmed they have investigators on scene in Enfield.

The shooting suspect has been identified as 51-year-old Gabriel Wortman.

The RCMP say the situation started to unfold late Saturday evening when officers responded to a firearms complaint in Portapique, N.S., a small community located roughly 130 kilometres north of Halifax.

Police provided updates on Twitter overnight, confirming that they were responding to an “active shooter situation,” and asking residents to remain in their homes with their doors locked.

Police have not confirmed any details about the shooting incident, but they do say it involves “several victims.”

There is no word on their identities or how many people may have been killed or injured.

Investigators first released the suspect’s identity before 9 a.m. Sunday. They said Wortman was considered armed and dangerous and warned that he should not be approached.

Around 10 a.m., police warned that Wortman was travelling on Highway 4 near Hidden Hilltop Campground in Glenholme, N.S. and urged residents to avoid the area and lock their doors.

A short time later, police said that Wortman may be driving what appeared to be an RCMP vehicle and wearing an RCMP uniform — though he is not an RCMP officer.

Wortman continue to travel across the province Sunday morning, with police warning at 10:21 a.m. that he had been spotted in the Debert area.

At 11:04 a.m., police said Wortman was last seen travelling south on Highway 102 from the Brookfield, N.S., area in the vehicle that looked like an RCMP cruiser.

At 11:24 a.m., police said that Wortman was now driving a silver Chevrolet Tracker and had been spotted in Milford, N.S.

This is a developing story. More to come.ome.