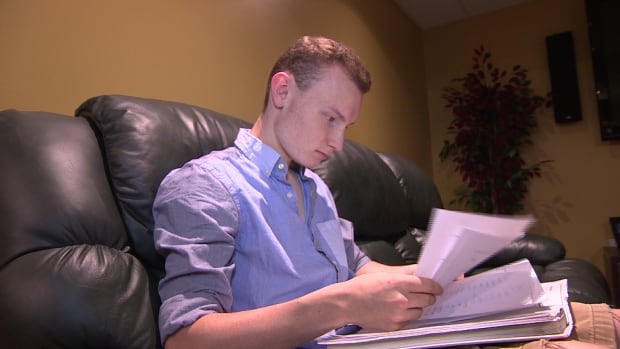 A Winnipegger who is deaf says he’s “disappointed” after the Manitoba Human Rights Board of Adjudication said his complaint against the province for not fully funding his specialized education didn’t meet the legal test for discrimination.

In June of 2015, Cody Zimmer filed a complaint of discrimination against the province, specifically with their program marketAbilities (now known as Employability Assistance for People with Disabilities Program), and the decision was handed down late last month.

Around the same time, Zimmer left home to go to Gallaudet University in Washington D.C., the world’s only university exclusively for deaf and hard of hearing students.

His education came with a huge price tag for the Zimmer family. One year of undergraduate study cost $56,000, including tuition, dorm fees and health insurance.

The province used to completely fund the cost of deaf students attending Gallaudet, but they’ve since reduced the amount of money students can apply for and instead encourage them to go to a Manitoba school and use interpreters.

In the human rights complaint, Zimmer claimed that as a deaf person, he has special needs for post-secondary education, and that those needs weren’t being reasonably accommodated.

The province argued the program didn’t discriminate against Zimmer because it exists to serve members of the disabled community and that the interpreted learning environment at the University of Manitoba was perfectly adequate.

Following an internal review, the province ultimately funded Zimmer at levels comparable to the U of M, which Zimmer used to offset his bills at Gallaudet.

Over the years, he was given between about $10,000 and $12,000 per year, leaving his family to take out loans to cover the remaining amounts.

According to the decision, he said “a deaf person’s experience in the fully immersive Gallaudet environment is wholly different and significantly better than the education available in the interpreted/mediated environment available at the U of M.”

Despite his mounting education fees and a lack of similar programs in Canada, Pinsky says there wasn’t enough evidence to prove discrimination.

“I cannot find on the evidence before me that Mr. Zimmer suffered differential discriminatory treatment due to the [Employability Assistance for People with Disabilities Program],” he wrote.

However, Pinsky added that the province isn’t wholly off the hook.

“This decision should not be taken as lightly for the program not to fulfil its obligations in a fulsome matter in the future,” he said.

“Programs designed to assist people with disabilities must be expected to live up to their mandates and be administered appropriately, not breach their own polices or administer them half-heartedly.”

Zimmer says people in the deaf and hard of hearing community have the right to choose their own educational paths, as other Manitobans are able to do.

“Where government funding programs have been designed to assist the deaf community attain their vocational goals, we should not be required to do so in a hearing-based environment,” he said in a news release issued by the Human Rights Commission on Monday.

Pinsky noted that the complaint took five years to come to hearing.

“COVID-19 aside, this delay is inconsistent with the principles of access to justice. Manitobans should be entitled to a timelier resolution.”

CBC News has reached out to the province of Manitoba for comment.