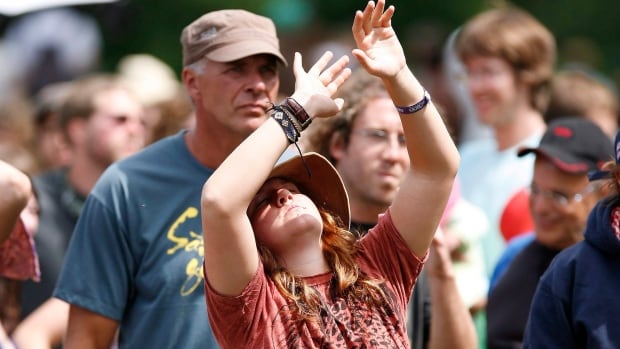 One of Manitoba’s biggest summer music festivals won’t go ahead this year because of the COVID-19 pandemic — and another festival has announced some of the one-off shows it had planned to present over the next two months will be pushed back.

The Winnipeg Folk Festival — which presents concerts at a variety of Winnipeg venues, in addition to its main festival in July — has announced some of its April and May shows will be postponed.

Meanwhile, Dauphin’s Countryfest announced Thursday it won’t be back until June 2021.

“This has been a really difficult week and we’re devastated to share this news with you,” said Countryfest general manager Rob Waloschuk in a media release.

“This is my 30th year with Dauphin’s Countryfest so it’s hard to imagine a summer without the event,” he said.

“We thank you for your understanding and patience as our team works through all of the details surrounding the rescheduling of our festival. We look forward to celebrating with you in 2021.”

The country music festival had already been affected by the coronavirus, with the death of Joe Diffie, who was slated to play in Dauphin this year.

People who bought tickets to Countryfest will be contacted in the coming weeks, the festival said, including more information about rescheduling the festival and the refund process.

That information will be also released on the Countryfest website and through its social media channels.

July’s Folk Fest not called off

Unlike Countryfest, the Winnipeg Folk Fest has not yet announced changes to its summer festival, slated for July 9-12 at Birds Hill Park.

Chris Frayer, artistic director of Folk Fest, said his team is following the ever-changing situation and trying to take necessary steps to ensure the event is safe.

“We don’t have any firm word that [Folk Fest is] not going to happen,” said Frayer.

“People think we’re crazy we haven’t cancelled it yet. But we have time on our side right now, and we don’t want to pull the trigger too soon.”

The festival did suffer a blow this week with the death of John Prine, who was slated to be one of the headlining acts at this year’s festival, from COVID-19-related complications.

For now, the festival has announced several of the shows it presents that were originally scheduled for April and early May are being pushed back:

On Thursday, the province announced that Manitoba 150 celebration events will be postponed, but did not announce any regulations around summer events like Folk Fest.

A provincial health order currently prohibits gatherings of more than 10 people in the province, but it’s unclear whether that order will extend into July.

Frayer said the Folk Festival would want a thumbs-up from the province before going ahead as scheduled — which seems increasingly unlikely as the pandemic continues.

All Folk Fest ticket sales are final unless a full event is cancelled. In that scenario, refunds will be offered and the process to receive that refund will be online.