TORONTO — The daughter of a 95-year-old Holocaust survivor reached new heights to say hello to her father who has been in isolation at his Toronto nursing home for nearly six weeks.

“He was waving. He was so happy. I said ‘I love you,’” Lee Minkowitz told CTV News Toronto on Friday.

Earlier this week, Lee climbed into a bucket truck and was raised about 30 feet in the air. Wearing personal protective equipment, she caught a glimpse of her father, Max Rosenbloom, who she has not seen face-to-face since his nursing home went into lockdown due to the COVID-19 pandemic in mid-March.

“Hi dad,” she is heard yelling from outside his third-floor window in a video captured from below. 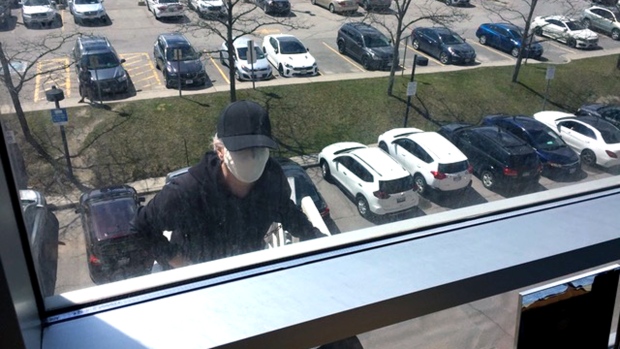 “I couldn’t pull out my phone, I was so scared,” she said. “I can’t say I wasn’t afraid, I was reluctant to do it, but I’ll do anything for my parents.”

“That feeling of loneliness is so difficult for survivors. I was really used to going to see him once or twice every single day.”

A personal support worker and Lee’s son, Avi Minkowitz, the “mastermind” behind the operation, were both able to capture the heartwarming moment in photos and video.

“My mother is an only child and seeing her parents, especially during this difficult time, is very important to her,” Avi said. “So I thought ‘how can we get her up there?’ And then I thought of a friend of mine who has a bucket truck and he agreed to help right away.”

Rosenbloom was living at home with his wife, who turns 85 years old next week, before he suffered a stroke at the end of last year. He moved into the nursing home at the beginning of December 2019 and has been bedridden ever since, Lee said. 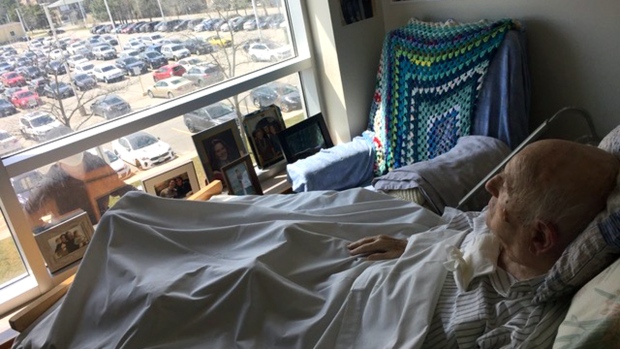 The pair has been married for more than 60 years and has never been apart until now.

Rosenbloom immigrated to Canada in 1948 after surviving five concentration camps during the Second World War. His wife also survived the war as she was saved by a non-Jewish family. The pair met in Israel in the 1960s, got married and then moved back to Toronto.

Lee said her father worked at a clothing manufacturing facility before moving on to start his own facility. He worked until the 1980s.

During this difficult time, she said the whole family has been using technology to keep in touch with Rosenbloom, adding that he has grown quite accustomed to using FaceTime on the iPad they purchased for him.

While the workers at the nursing home are doing a “great job” with the residents during this “unfathomable situation,” Lee added that she feels more measures need to be put in place at all facilities in order to create these special moments of seeing your loved ones for the first time in weeks.

“I’m not recommending everyone go get a bucket truck,” Lee said. “But, maybe the homes can provide supervised visits on safe platforms like scaffolding at the side of the building.”

Long-term care homes across the province have been devastatingly struck by the deadly novel coronavirus.

As of Friday, provincial health officials have recorded 198 outbreaks of COVID-19 at facilities in Ontario.