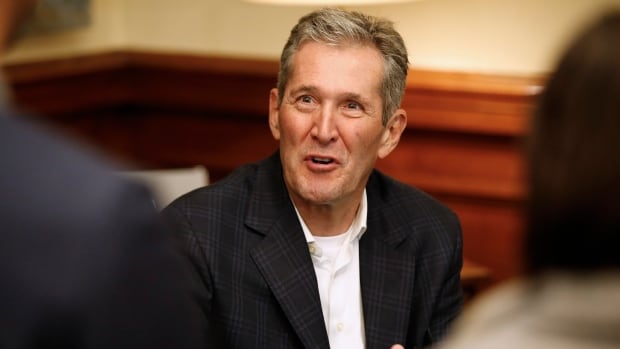 Fresh off winning a second consecutive majority mandate, Manitoba Premier Brian Pallister is planning to eliminate a political subsidy he agreed to maintain five months ago in a deal with the Opposition.

The Progressive Conservative leader said Wednesday he will move to kill a long-standing subsidy that refunds political parties and candidates a portion of their election campaign expenses.

“Yes,” Pallister said when asked if the rebate would be eliminated through a bill before the legislature, which is expected to convene at the end of the month.

Pallister tried to eliminate the 50 per cent rebate in the spring as part of an omnibus budget bill that also reduced the provincial sales tax.

The Opposition New Democrats threatened to block the bill from becoming law. They said the refund allows people of modest means to run for office without fear of being stuck with large debts afterward.

The two sides reached a compromise that allowed a bill to pass with a reduced reimbursement of 25 per cent.

‘A deal is a deal’: NDP leader

“Knowing Brian Pallister’s record on honouring agreements, it’s no surprise to see him renege on this issue. But the Manitobans I know believe a deal is a deal,” NDP Leader Wab Kinew said in a written statement.

The subsidy has helped political parties restore their war chests after elections. Following the 2016 vote, even with the rebate, the NDP and Liberals took 18 months to get out of debt.

The rebate is one of many items on Pallister’s agenda following his election victory Tuesday. His Tories were returned to power with 36 of the 57 legislature seats, down four from the last election, but still among the larger majorities in Manitoba’s political history.

Pallister said he will also be asking the province’s Crown corporations to find more jobs to cut in senior management. Manitoba Hydro, Manitoba Public Insurance and Manitoba Liquor and Lotteries were already pressed to cut upper management by 15 per cent in 2016 as part of Pallister’s drive to reduce the deficit.

“And so they can actually spend more money growing at the top than most of us would ever dare to do or afford to do.”

Pallister is also preparing his new lineup of cabinet ministers. Former Crown services minister Colleen Mayer was the lone inner-circle member defeated. Pallister did not indicate whether he would simply replace Mayer or whether other ministers would see their portfolios changed as well.