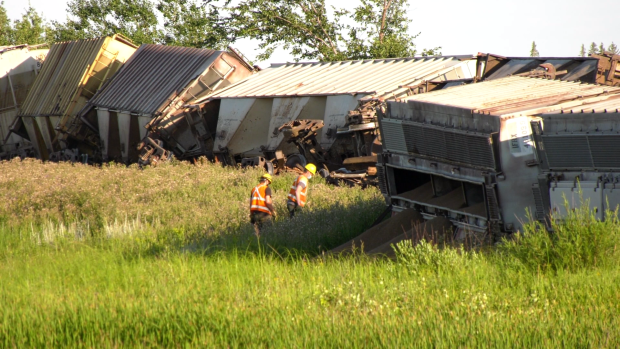 WINNIPEG — Canadian National Railway (CN Rail) crews will remain on the scene of a Springfield, Man., train derailment for several days for remediation of the site.

RCMP said they were called to the derailment, approximately three kilometres east of Deacon’s Corner, around 5 p.m. on Thursday.

According to a spokesperson from CN Rail, 26 fertilizer cars derailed in various positions. This caused a minor fire, which was extinguished.

As of Friday morning, crews have removed the cars, and are working to fix the tracks. CTV News has reached out to CN to ask if there were any recent repairs to the tracks, and is still awaiting a response.

CN said it expects its team of experts will remain at the site for several days for remediation.

No one was hurt in the derailment and no dangerous goods were involved.

The cause of the derailment remains under investigation. The Transportation Safety Board has also been deployed to the area for an investigation.