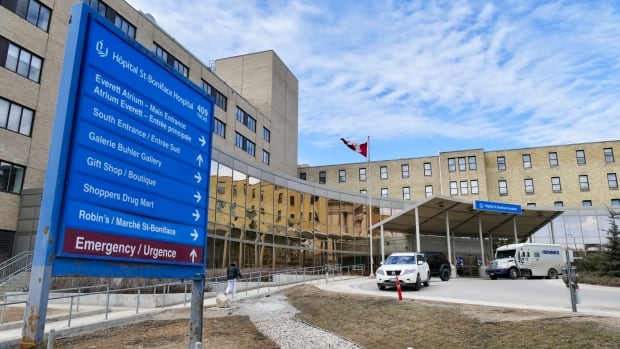 More cases of COVID-19 were discovered in a third unit of Winnipeg’s St. Boniface Hospital, according to an internal memo.

In a letter to all staff and physicians on Friday, the hospital’s president and CEO Martine Bouchard wrote that management declared a COVID-19 outbreak in the B5 unit.

Anyone who was exposed will be told to self-isolate and be tested as the origin of the transmission is investigated.

Last week, outbreaks were declared in the E5 and E6 medical units. As of Wednesday, 11 patients and five staff had tested positive.

CBC News has reached out to Shared Health and the Winnipeg Regional Health Authority for updated numbers of cases.

No new patients will be admitted to those units for now.

The hospital is still open, and clinics and procedures are continuing.

However, visitors will not be allowed in those units until further notice.

On Thursday, another outbreak was declared in two units of Victoria General Hospital in Winnipeg.