Home  »  News   »   COVID-19 in Canada: This is how each province is handling the pandemic 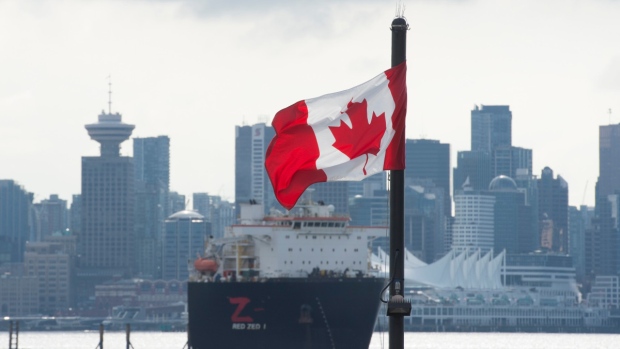 OTTAWA — Canada is forging new ground in its response to the global spread of COVID-19 with no official playbook on how safeguards should roll out country-wide. As each level of government takes a different approach to try to contain the spread of the virus, Canadians are so far dealing with a piecemeal approach.

The federal government has focused on injecting funds into national needs, like health care research and the economy and announced restrictions on international travel. Prime Minister Justin Trudeau has pleaded with Canadians to stay home and self-isolate, yet hasn’t gone so far as to declare a nation-wide state of emergency. However, he said he isn’t ruling out, at some point, initiating the Emergencies Act which would give the government sweeping powers including prohibiting travel within the country and directing any person to render essential services.

Meanwhile, each province is implementing their own measures. As of March 24, British Columbia, Saskatchewan, Manitoba, Ontario, New Brunswick, and Nova Scotia had all declared a state of emergency. Alberta, Northwest Territories, Quebec, Newfoundland & Labrador, and Prince Edward Island have issued public health emergencies. Similar warnings have been applied at the municipal level as well.

Different levels of government can initiate either depending on their unique laws and the nature of the event, but the differences between both are relatively minor. A public health emergency limits the government’s power to health-related measures, while a state of emergency is more broad in scope.

Here’s a brief breakdown of each province’s response:

On March 17, the Alberta government issued a state of public health emergency within the province. This prompted a ban on mass gatherings of more than 50 people. The province is also prohibiting visits to recreational facilities such as gyms, arenas, museums, galleries, libraries, and casinos. Cities like Calgary and Edmonton are looking at implementing fines for those disobeying social isolation guidelines. Kenney said at this point, restaurants – except for buffets – can remain open if they follow the under 50 people rule. This 30-day provision can be extended to 90-days under the province’s Public Health Act.

A day after issuing a public health emergency within the province, the B.C. government declared a state of emergency to support the province-wide response on March 18. The last time the province did so was during the 2017 wildfire season. It gives authorities powers to access land and assets, restrict travel anywhere in the province, and control the price of food, fuel, and clothing. Bars, clubs and restaurants have been ordered to close if they can’t respect social distancing rules – which prohibits gatherings of more than 50 people. On Monday, Vancouver city council introduced new financial penalties for businesses and individuals caught violating public health directives. The state of emergency is in effect for 14 days, but once issued can be extended.

On March 20, Manitoba followed suit and issued a state of emergency. Premier Brian Pallister said in a news conference it will enable the government “to react more quickly on a broad range of supportive measures to stop the spread for COVID-19.” As in other provinces, while non-essential operations like gyms and child care centres are to close, essential services like hospitals and grocery stores are exempt from emergency protocol. Fines of up to $50,000 or a 6-month jail sentence for an individual and $500,000 for businesses violating guidelines were also applied province-wide. The state of emergency will last 30 days.

New Brunswick declared a state of emergency on March 19 to mitigate the pandemic. In response, all retail operations were ordered to close, except for essential services. “Before this was a recommendation, today it’s a requirement,” Premier Blaine Higgs said in the news conference announcing the decision. Owners and operators permitted to stay open are required to limit gatherings to 10 people. Higgs also said he wouldn’t rule out enforcing penalties, financial or otherwise. The state of emergency is in effect for 14 days.

Premier Stephen McNeil announced a state of emergency on March 22 at a press conference on the COVID-19 spread in the province. More restrictive than some, this order requires gatherings to remain under five people. Some non-essential services like shopping malls have remained open so long as people adhere to the social distancing guidelines. The province is also tightening its borders and has required anyone who is returning to the province to self isolate for 14 days, even from domestic travels. This is a 14 day state of emergency.

Ontario initiated a state of emergency on March 17. This involves a closure of public facilities like those noted above. On Monday, Premier Ford also ordered the closure of all non-essential businesses for 14 days. “We must act decisively. We must not delay,” said Ford. The government has also prohibited social gatherings of more than 50 but encouraged Ontarians to limit unnecessary contact with smaller groups all together. The state of emergency is in effect for 14 days.

On March 16, P.E.I. Premier Dennis King enacted a public health emergency, this was followed up by a call to encourage people to work from home and self-isolate if possible. Like the measures noted above, non-essential services like libraries, child-care facilities, gyms and schools have been closed for the emergency period. Authorities have also encourage islanders to avoid social gatherings where a two-metre gap between people isn’t possible. The state of public health emergency is in effect for 14 days.

On March 14, for the first time in Quebec’s history, the government declared a public health emergency. Like other provincial governments, it gives Premier Francois Legault’s administration licence to act and spend more quickly – without going through the regular processes – to protect residents. As in Ontario, the Quebec government this week mandated that all non-essential businesses close until April 13. All indoor gatherings are prohibited, while outdoor gatherings are only permissible if two metre separation can be kept between people. The state of public health emergency is in effect for 10 days.

Saskatchewan announced a state of emergency on March 18. Public gatherings of more than 50 are prohibited – restaurants and bars can remain open if they can comply with limiting seating to 50 people or 50 per cent capacity. “Pulling together means we need to stay apart,” said Premier Scott Moe during a press conference. Libraries, gyms, casinos and child care facilities are closed. Residents will face fines if they fail to self-isolate for 14-days after international travel. Individual cities have also declared states of emergency as in other provinces. This declaration is in effect for 14 days.

The federal government has maintained they remain in close contact with their provincial counterparts about the best approach to mitigate the spread of the virus nation-wide. Federal Minister of Health Patty Hajdu held her weekly call with provincial and territorial ministers on Monday evening to discuss the Liberal’s plan to provide more protective equipment and testing capabilities to provinces. Prime Minister Justin Trudeau the same day spoke with premiers about the varying emergency tactics in each jurisdiction and whether the federal government might follow suit.