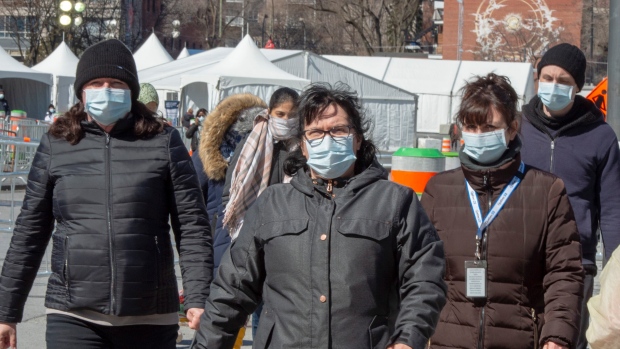 TORONTO — The coronavirus has passed a grim milestone in Canada, killing more people in Canada than SARS did in just a fraction of the time.

Back in 2003, 44 people in Canada died of SARS during a six-month timespan. As of Friday afternoon, 53 have died after testing positive for COVID-19.

Canada’s first presumptive case of COVID-19 was reported two months ago in a man who returned from Wuhan, China. The country’s first death — a B.C. man in his 80s living in a seniors’ home— was reported less than three weeks ago, on March 8.

While the coronavirus pandemic earned early comparisons to SARS, the new virus is much more contagious. Canada recorded 438 confirmed and suspected SARS cases, most of which were focused in Toronto and Ontario.

By comparison, more than 4,600 cases of COVID-19 have been reported in Canada. That’s more than nine times the number of Canada’s SARS cases.

With files from Alexandra Jones