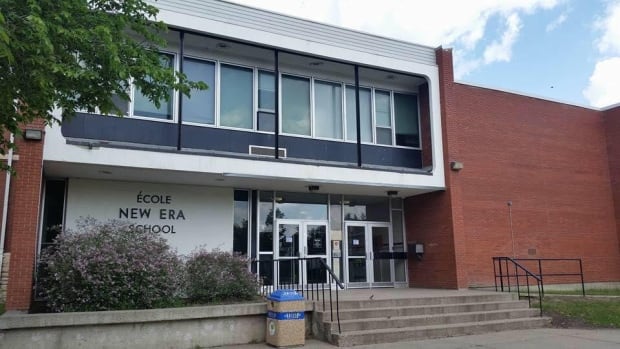 A case of COVID-19 has been identified in a second school in Manitoba, the province said in a news release Saturday.

The person went to Ecole New Era School at 527 Louise Ave. in Brandon, Man., on Friday, from 8:45 a.m. to 1:30 p.m., the release said. They did not have symptoms of COVID-19 while there, and the public health investigation into the case suggests the person did not contract the illness at school.

The case is connected to a Grade 5 and 6 classroom, Brandon School Division superintendent Marc Casavant said in a news release Saturday.

The school and the person’s cohort are being notified, and more cleaning of high-touch areas is being done, the province’s release said. Neither the province nor the school division specified whether the sick person was a student or staff.

The risk at the school is considered low, since the person practised physical distancing and wore a mask, according to the province. There are no close contacts linked to the case. People who were at the school on Friday should watch for symptoms, but don’t need to self-isolate.

The province also announced 17 new cases of COVID-19 in Manitoba on Saturday.

Eight of the new cases are close contacts of a known case of COVID-19, the release said. More information will be released if there’s a risk to public health.

Two previously announced COVID-19 cases have been identified as a health-care worker and an outpatient at the Carberry Health Centre in southwestern Manitoba, the release said. Several staff at the site have been deemed close contacts and are required to self-isolate and watch for symptoms.

The site has been moved to the red, or critical, level under the province’s colour-coded pandemic response system.

Because of the staffing issues caused by those people staying home from work, the site was closed to acute and emergency care late Friday, the release said. It’s expected to reopen on Sept. 24.

Patients have been moved to other sites in the area, the release said, and information is being shared with community members about other options for care.

There have been no exposures linked to the nearby personal care home, the release said.

Cases of COVID-19 in Winnipeg were also broken down into 12 districts on Friday, following demand from Manitobans to know more about where people with the illness live in the city.

As of Friday afternoon’s update, the downtown Winnipeg district had the highest rate of active cases per capita, with 41.5 per 100,000 people.

The west Winnipeg St. James-Assiniboia district, meanwhile, had the lowest rate of active cases in the city, with 3.1 per 100,000.

Saturday marks six months since the first COVID-19 cases were identified in Manitoba.