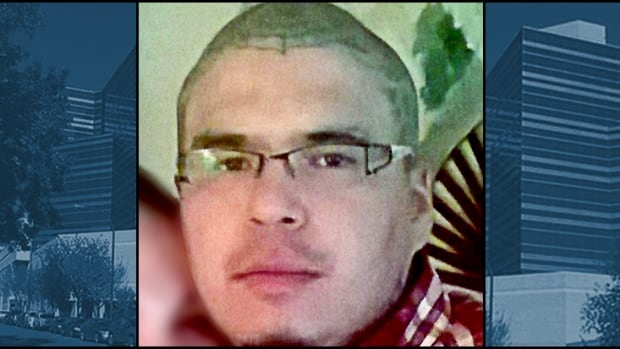 A Manitoba judge’s inquest report on a 2016 in-custody death says police officers and correctional staff should have mandatory training on the signs of symptoms of methamphetamine use.

Russell Andrew Spence, 31, died following an altercation with guards in the Winnipeg Remand Centre on Oct. 12, 2016.

According to an inquest report on the circumstances surrounding his death that was released Wednesday morning, Spence was arrested after police were called to a 7-Eleven about a male who approached a cashier and put a knife and scissors on the counter, and asked the clerk to call police for him.

Because he left a knife and scissors on the counter, police charged him with possessing a weapon and took him into custody. He was later taken to the Winnipeg Remand Centre, where he got into an altercation with correctional officers.

During the altercation, Spence was struck in the shoulder multiple times and a spit mask was put over his face, says the inquest report, signed by provincial court Judge Brent Stewart.

Four minutes after the struggle began, Spence suddenly became unresponsive and was taken to the Health Sciences Centre, where he was pronounced dead.

An autopsy found that Spence died as a result of a cardiac arrhythmia, or fatal heart rhythm, that was likely exacerbated by the high level of methamphetamine in his system, the report says.

It goes on to say that Spence had a slightly enlarged heart and hypertension.

Methamphetamine puts an “extreme load” on the cardiovascular system, increasing the cardiac load by 300 to 400 per cent, the report says.

“If there is an underlying or undiagnosed cardiovascular disease in the drug user, it can easily be unmasked by this greatly increased load and lead to serious medical consequences including death,” Judge Stewart wrote.

His report also says that being in a physical altercation would have had “detrimental effects” on the regular function of Spence’s heart, and predisposed him to sudden death.

Because methamphetamine has become so prevalent in Manitoba, the inquest report recommends mandatory training to better educate police officers and correctional staff on how to recognize signs people have used the drug, and how to deal with them.

This training should also include information on how to process these individuals while in custody, including information on use of force, the report says.

It notes that Spence was making strange, “indiscernible” comments that seemed to come out of the blue, and also disclosed to the officers who arrested him that he had used meth.

However, it appears his comments were seen as quirks and no assessment was done, the report says.

Stewart recommends that all officers involved with the transfer of inmates be made aware of any risk factors through log sheets.

“It is especially important that note is made of the prisoner’s alleged use of street drugs prior to arrest and medical conditions which may require the handling of the prisoner in a manner different than the norm,” he says in the report.

The inquest into Spence’s death was ordered in November 2017.

Inquests are mandated through the provincial Fatality Inquiries Act when there is reason to believe an inmate in a correctional institution “died as a result of a violent act, undue means of negligence or in an unexpected or unexplained manner.”