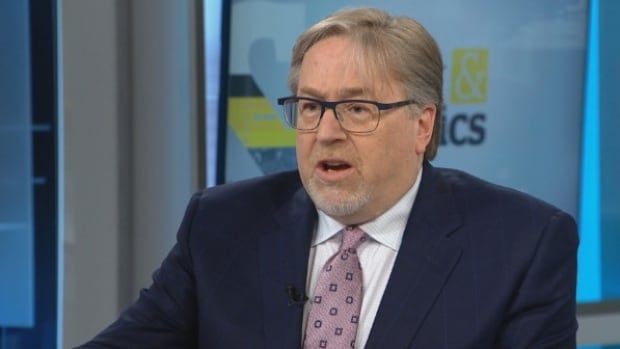 The Manitoba Liberals have renewed criticism Premier Brian Pallister is politicizing the civil service, following the disclosure of a contract paid to a political strategist who is now the province’s top bureaucrat.

The $25,000 contract is dated May 27, 2020, on the government’s disclosure website — which is after McLaughlin started working in his new role as the head of Manitoba’s civil service.

Lamont alleges it is clear the government is muddying the line between partisan ties and McLaughlin’s new role leading a non-partisan civil service.

“There is a real blurring of the line between the interests of Manitobans and the Manitoba government and the PC party, and they’re not the same thing.”

In response to the Liberals’ accusations, government spokesperson Olivia Billson said in an email Lamont is engaging in a “cheap, personal attack.”

The contract dated May 27 on the website was actually awarded in March, and it stems from the extension of a previous consulting contract from late last year, she said — though it’s listed as February 2020 on the government website.

The government is blaming COVID-19 for the delays in publicly listing the contract.

Billson adds that McLaughlin’s consulting was related to his role on the expert advisory council implementing Manitoba’s climate and green plan, which he authored.

“Mr. McLaughlin’s decades of expertise on climate and environmental policy is well-documented and has been acknowledged by [non-governmental organizations] and leaders across the political spectrum, including former federal environment minister Catherine McKenna,” the statement reads.

The email adds McLaughlin never billed the government for the full value of the contract, since work slowed down due to the COVID-19 pandemic. Both contracts expired prior to McLaughlin’s hiring as clerk of the executive council, Billson said.

When McLaughlin’s appointment was announced in May, the Liberals derided the hiring as “corruption and an unacceptable politicization of the public service.”

Pallister has defended his hiring of McLaughlin, who he says has considerable public service experience. In question period last month, he said Manitoba wouldn’t have any clerks if past political involvement disqualified someone from holding the job.

Last week, the Liberals raised concerns regarding Michael Kowalson, a senior member of Pallister’s staff, who did paid work last fall for federal Conservative candidate Marty Morantz’s campaign. Kowalson is expected to be non-partisan in his government role, according to his employee contract, and has since remitted some of his salary.

McLaughlin has held a number of senior roles in conservative governments across the country. He was chief of staff to then Prime Minister Brian Mulroney and served in various deputy ministerial roles in New Brunswick.

In Manitoba, he helped lead the Tories to successive election victories in 2016 and 2019 as campaign manager.

In 2017, the Pallister government came under fire when McLaughlin, then a senior climate adviser for Manitoba but living in Ottawa, charged the government around $60,000 in travel and other expenses.