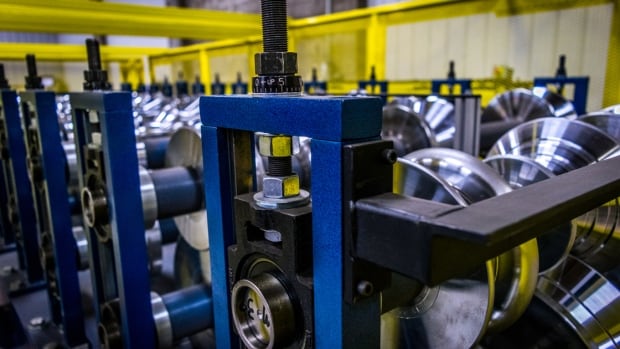 A Manitoba company that manufactures conveyor systems has been ordered to pay $50,050 in fines and penalties after an employee was hurt on the job.

The worker at Winkler-based Convey-All Industries was cleaning the rollers of a machine that corrugates sheet metal when his glove got caught and his hand was pulled in.

The worker was treated for crushing injuries to his hand, a news release from the Manitoba government says.

The incident happened in June 2016 but the penalty under the Workplace Safety and Health Act was announced Friday.

The worker was holding the machine’s hand controller and jogging the rollers while simultaneously wiping them down with a rag in his other hand, the government release says.

Convey-All Industries pleaded guilty to failing to develop safe work procedures for the cleaning of the machine, called a roll former.