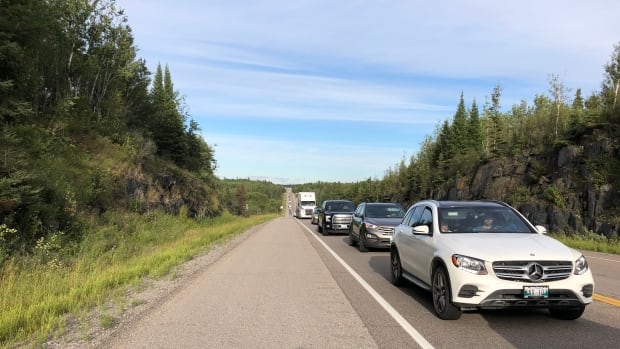 Traffic is piling up on Highway 1 near Falcon Lake on Sunday after a semi truck was involved in a “serious collision” with three vehicles, according to RCMP.

STARS Air Ambulance was dispatched to the scene of the collision just after 4:30 p.m. , but were told to stand down while en route, says Chad Saxon, a spokesperson for the organization.

Since then, traffic has been blocked in both directions just west of Falcon Lake, which is about 130 kilometres east of Winnipeg.

Traffic is being diverted to Highway 44, but delays should be expected.

There’s no word on the status of the people involved in the crash.

He says officers are expected to be on scene for an extended period of time.