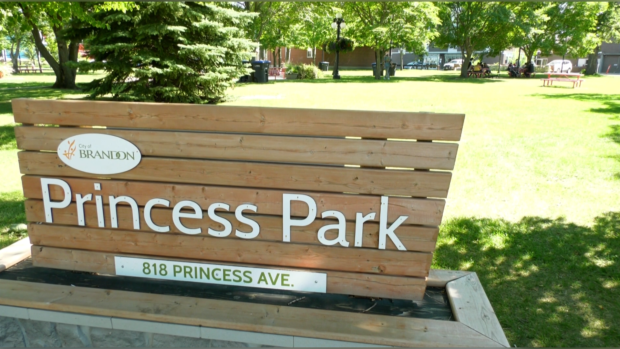 BRANDON — Some of the tightest COVID-19 restrictions in the country are now in effect in the Prairie Mountain Health region, which includes the city of Brandon.

“This can happen anywhere,” warned Brandon Mayor Rick Chrest. “I’m here to tell you our community was golden in terms of handling the pandemic and then suddenly this uptick.”

The province has made masks mandatory in all public places and limited group sizes both indoors and outdoors to ten.

The measures are part of the Manitoba government’s new colour-coded response system.

The province elevated Brandon to Code Orange, the second-highest level, after a rash of cases in communal living settings, including Hutterite colonies.

Dozens of workers at the Maple Leaf plant in Brandon also contracted the virus.

Of the 49 new COVID-19 cases announced Monday, 35 were in Prairie Mountain Health.

There are 196 active cases in the region.

The surge has left many people in Brandon and the surrounding areas uneasy.

“If old people like me get it, I doubt they’d come out of it,” said 87-year-old Donald Cameron.

Like Cameron, Levi Huntinghawke, welcomed the tougher restrictions. But he said some of the rules around Code Orange remain unclear.

“The streets are public. The sidewalk is public. Do we wear them everywhere?” said Huntinghawke.

The mayor of Brandon acknowledged there will be a learning curve, and said the city is asking for more clarification from the province.

“Like anything else, the first couple days will take a little while for everybody just to figure it out,” said Chrest.

It’s not clear yet how the province will enforce the measures.

“We’re going to start with education and support for individuals and enforcement would follow if necessary,” said Dr. Brent Roussin, the chief provincial public health officer.

WAITING FOR MORE GUIDANCE ON GUIDELINES

Derek Woychyshyn, the owner of Komfort Kitchen, told CTV News he is still waiting to hear from public health about restaurant guidelines.

“If something is happening Monday, we usually get an email by Friday at 4 p.m. So I have the weekend to digest it. But now we’re just waiting and are on our own.”

In the meantime, Woychyshyn has come up with his own rules, which include asking customers to wear masks everywhere except for at their tables.

Sisters Samara and Shelby Zatylny, who sat down for lunch on the first day of the new restrictions said they’re relieved masks are now mandatory.

“I think that with the way things are going in Brandon right now, I’m happy about it,” said Shelby.

“I think it’s good. It’s something we should all be doing,” said Samara.