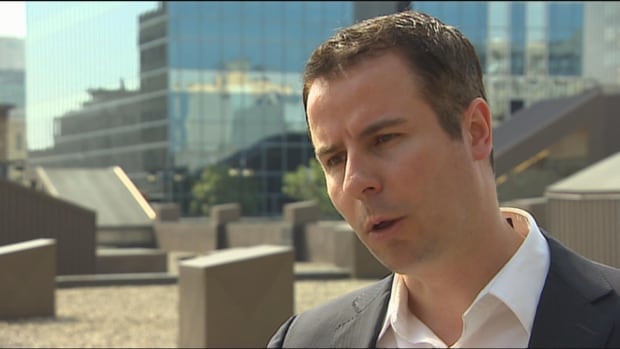 A former client of disgraced immigration lawyer Paul Hesse is seeking to form a class action lawsuit, alleging he defrauded an unknown number of people hoping to immigrate to Canada by telling them to invest in companies controlled by either him or his then-romantic partner.

In a statement of claim filed in Manitoba’s Court of Queen’s Bench on Aug. 7, Haokuang Tian says he lost hundreds of thousands of dollars after he hired Hesse to handle his immigration application.

Tian claims Hesse directed him to make investments in Canadian companies in order to qualify under the provincial nominee program. Tian agreed to invest $350,000 in a numbered company.

Unknown to him, the company had been incorporated only one month earlier, and Hesse represented both the company and its sole director.

Soon after the money was deposited into a trust account, the claim says Hesse transferred the funds to a company known as Vidahlia Corp., of which Hesse’s partner Patrick Maxwell was a director.

“The scheme was: invest money in businesses that were controlled by either Hesse and or his partner, and you will become a permanent resident of Canada,” said Kenneth Zaifman, a lawyer representing Tian.

“None of these businesses have assets or operations. So they were, in effect, shell companies, established solely for the purpose of obtaining money from these individuals,” Zaifman said.

CBC News has reached out to Hesse for comment. None of the allegations have been tested in court. A statement of defence has not yet been filed.

The lawsuit also names Hesse’s former law firm, Pitblado LLP, as a defendant. It alleges Pitblado knew, or should have known, that the money was being transferred out of the trust account for a suspicious purpose.

The lawsuit would include anyone who was a client of Hesse or Pitblado, who paid for investment in a Canadian company for the purpose of immigration and who suffered a loss as a result.

Pitblado managing partner Benjamin Hecht said his firm has been served notice of the claim, but couldn’t comment on a case that is before the courts.

Hesse was dismissed as a partner at Pitblado in June 2019 and suspended by the Law Society of Manitoba a month later.

Hesse, a former president of the Manitoba Liberal Party, joined the law firm in August 2011 and became a partner in January 2014.

Zaifman says Hesse didn’t tell Tian anything about the company that he was investing in. Zaifman doesn’t know how many people may be potential class members, if the court grants certification, but the amount of money invested through the scheme is potentially in the millions, he said.

The lawsuit is seeking to recoup all money lost, as well as any assets purchased by Hesse using the proceeds of the scheme.

A court date has not yet been set.