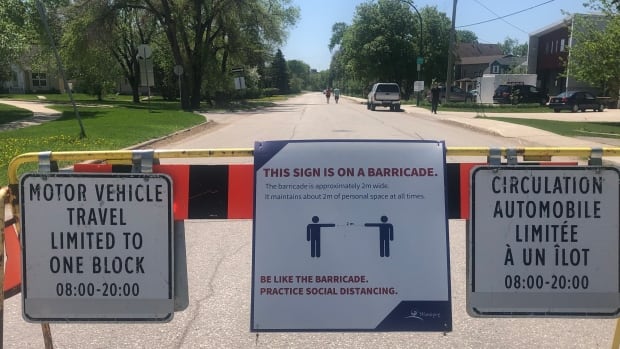 The City of Winnipeg wants to hear feedback on its expanded open streets program, which limited vehicle traffic on routes throughout the city to create bike and pedestrian-friendly spaces every day of the week.

An online survey asks for responses from people living along open streets routes, residents on adjacent streets and people who use the routes.

The city regularly limits vehicle traffic to one block on four streets on Sundays and holidays in summer, but during the COVID-19 pandemic, when more people headed outdoors for recreation and many avoided buses, the closures were extended to seven days a week.

The program expanded to 10 streets and was originally scheduled to end on July 6, but the city extended that until at least Sept. 7.

The affected streets are: