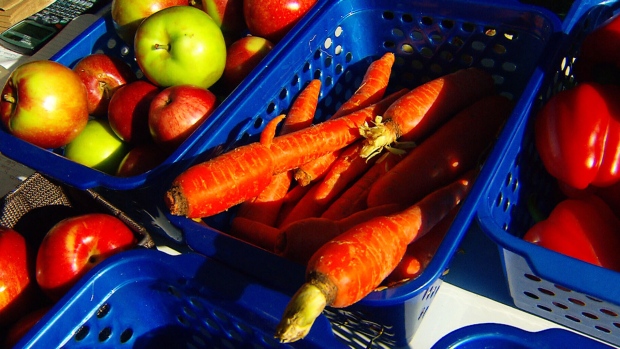 WINNIPEG — The City of Winnipeg announced on Friday it’s taking steps to ensure food security for its residents during the COVID-19 pandemic.

To make this possible, it has partnered with Direct Farm Manitoba to provide access to city land, which will support the distribution of local products such as vegetables, dairy, and meat.

Mayor Brian Bowman said in a release the toll the pandemic is taking on the local economy has extended to farmers and farmers’ markets, which are having a hard time distributing produce.

“Recognizing that food security issues are of particular importance this year, I’m proud to announce that our municipal government is creating additional City locations for use as food hubs,” he said.

The city explained the ‘food hubs’ will be designated places for farmers to set up drop-off/pick-up times with customers. The hubs will open in June and continue throughout the fall harvest season.

Coun. Brian Mayes noted that in the past city-owned community centres have hosted farmers’ markets around the city.

“Due to the impact of COVID-19, the City of Winnipeg has worked with Direct Farm Manitoba to identify needs and offer opportunities on City sites so local produce can be available safely in more parts of the city,” he said.

Some of the sites that have already been confirmed to host farmers’ markets this year include, the Lord Roberts Community Centre’s South Osborne Farmers Market, as well as the R.A. Steen Community Centre’s Wolseley Farmers’ Market. More locations for both markets and food hubs will be added in the next few weeks.

Our local farmers count on community spaces for markets and delivery locations. We appreciate the City of Winnipeg lending their space so farmers and farm supporters can connect.”