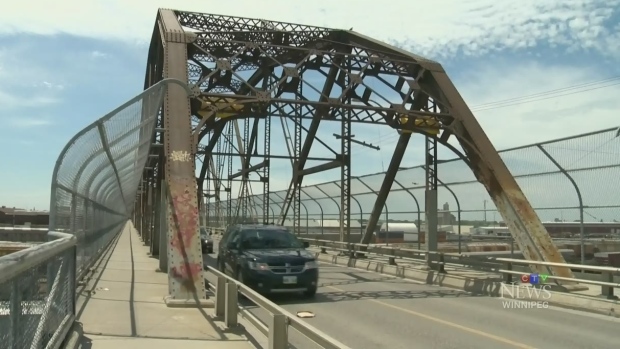 WINNIPEG — The City of Winnipeg is looking for a contractor to help repair a city bridge that was scheduled to be decommissioned this year.

A request for tender for the Arlington Street overpass was issued by the city on April 30.

The tender includes “structural steel repairs to the spans of the Arlington Street overpass inside and outside of the CPR yard,” the listing on Merx reads.

The bridge, which first opened in 1912, was found to be at the end of its usable life by the city, and plans have been underway to replace the bridge in 2016.

The bridge was expected to be replaced starting this year. Last year, an option to replace the bridge was estimated to cost $318.7 million.

Bids are being accepted on the project until May 22.

CTV has reached out to the city for more information on the decision.

-With files from CTV’s Jeff Keele and Jason Gaidola