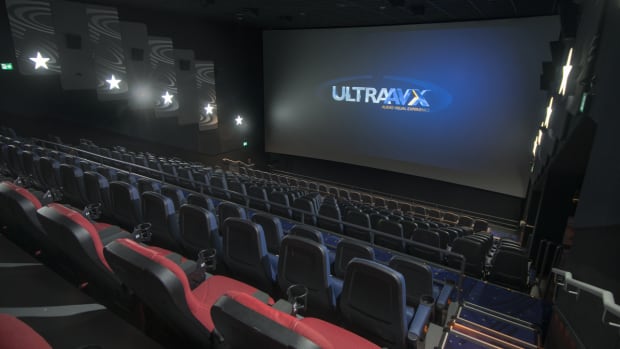 Cineplex Inc. is inching towards a gradual reopening of its Canadian theatres, starting with six locations in Alberta later this month.

Canada’s largest movie exhibitor says it plans to begin showing movies in the province on June 26.

The company then hopes to reopen on July 3 in as many other markets across the country as government and health authorities allow, as COVID-19 restrictions begin to loosen.

The rollout will introduce a number of new measures, including reserved seating in all auditoriums to ensure physical distancing between moviegoers, and staggered showtimes to reduce congestion in theatre lobbies.

The company acknowledged that despite plans to reopen, it expects COVID-19 to have “a prolonged negative impact on Cineplex’s operations,” and it has enacted layoffs, reduced capital spending and negotiated rent relief with landlords to help mitigate the financial hit.

Cineplex closed all of its 164 theatres nationwide in mid-March, around the same time film distributors largely put a stop to new titles.

While a trickle of smaller movies have been released over the past few months, largely at drive-in theatres, Hollywood studios have been reluctant to return to business as usual without confidence that people would consider visiting their local cinemas.

Warner Bros. recently pushed Christopher Nolan’s Tenet, one of few big summer movies still on the schedule, back two weeks to July 31, and postponed Wonder Woman 1984 from August until the fall.

Other regions of the world have struggled to get movie theatres back up and running. Chinese officials allowed many local theatres to reopen, only to force them closed again over concerns of a second wave of infections.

Cineplex says it is taking its resumption of business one step at a time, starting with “measured operations” at the Rec Room — a chain of entertainment locations serving food, drink and amusements — in Winnipeg, Calgary and Edmonton.

The company will also be dealing the fallout of its failed $2.8-billion acquisition by U.K.-based theatre chain Cineworld PLC, which fell through on Friday.

Both companies claim the other breached its contract and pledged to pursue legal action.

Cineworld, which is headquartered in London, alleges it became aware of a material adverse effect and breaches by the Toronto-based Cineplex, which led it to scrap the deal, while Cineplex claims there is “no legal basis” to terminate the agreement, and that it is Cineworld that has breached the contract.

Cineplex noted the contract explicitly excludes “outbreaks of illness or other acts of God” from what would be considered material adverse effects of the deal.

The Canadian exhibitor added that it “intends to commence legal proceedings promptly against Cineworld and seek damages.”