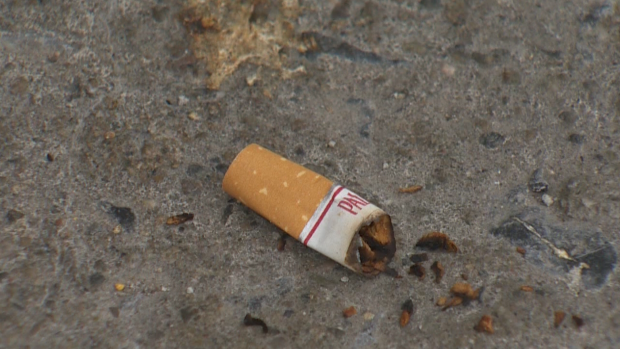 WINNIPEG — The City of Winnipeg said a house fire in the Lord Roberts neighbourhood on Wednesday was caused accidentally due to an improperly disposed of cigarette butt.

Fire crews were called to the fire at a house in the 300 block of Arnold Avenue just after 8:30 p.m. Firefighters found smoke coming from outside of the home, which they extinguished by 8:43 p.m.

Everyone inside the home got out before crews arrived. One person was checked by paramedics, but they didn’t need to be taken to the hospital. No one else was hurt.

Inside the home, firefighters found and rescued two cats.

The City of Winnipeg is reminding people that cigarette butts need to be extinguished in an ashtray or deep metal container filled with sand or water.

“Do not dispose of butts with regular trash without first dousing the butt with water,” it said in a news release.

Winnipeggers are also being reminded that plant pots are not ashtrays, as potting soil is a mix of dirt and combustible organic materials. The city noted that when a cigarette butt is put in a planter, it can smolder for a number of hours. The heat can then cause the container to crack, which gives the smoldering materials oxygen and the ability for fire to spread.

Cigarette butts should also not be thrown from balconies, car windows, or disposed of near any vegetation.