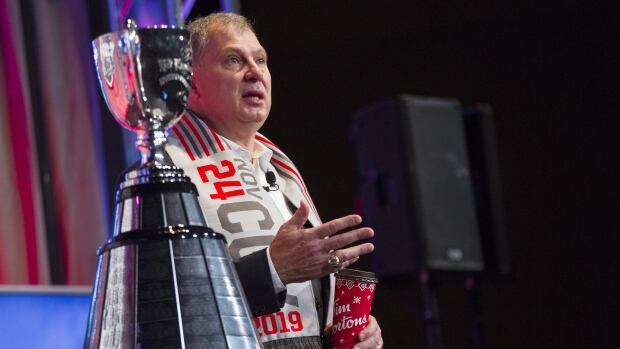 CFL commissioner Randy Ambrosie says the most likely scenario for the league is a cancelled 2020 season during the COVID-19 pandemic.

Ambrosie made the admission for the first time while testifying to a House of Commons standing committee on finance on Thursday.

Ambrosie appeared via video during a panel on arts, culture, sports and charitable organizations after news broke last week that the CFL had requested up to $150 million in financial assistance from the federal government.

During his testimony, Ambrosie said the league’s future is “very much in jeopardy.”

The commissioner said the nine teams have collectively lost $10-20 million per season in recent years.

Ambrosie said unlike many major North American pro sports leagues, television is not the No. 1 revenue source for the CFL, which always has been as a gate-driven league.