Home  »  News   »   Cats may be contracting COVID-19 at a higher rate than thought before: study 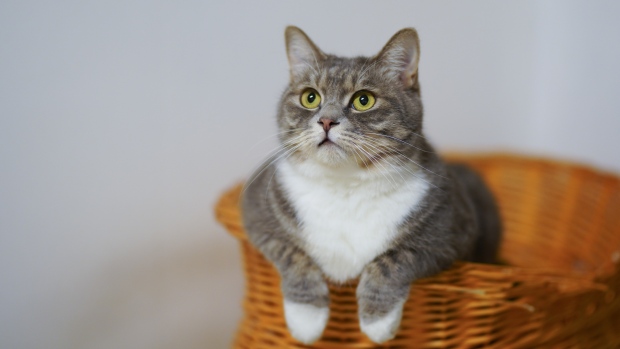 TORONTO — A new study suggests that cats may be catching the novel coronavirus at far higher rates than thought before, which could mean they have unique ways of fighting off the virus.

The findings were published last week in the journal Emerging Microbes & Infections, and describe how researchers from Huazhong Agricultural University took serum samples from 102 cats in Wuhan, China following its COVID-19 outbreak.

Antibodies that fight against COVID-19 were found in 15 cats out of the 102.

Eleven of these cats also had neutralizing antibodies, which bind so tightly to the virus that they prevent infection.

Out of the 11 cats, four were from pet hospitals, four had been abandoned, and three belonged to owners who had been diagnosed with COVID-19.

“The three cats with the highest levels of antibodies were all owned by patients who had been diagnosed with COVID-19,” a press release on the study stated.

Because the antibodies were found in the cats after the human outbreak in Wuhan, researchers say it strongly suggests that the cats in question got the virus from humans.

However, none of the cats with antibodies actually tested positive for COVID-19, had symptoms, or died from the virus.

Previous reports have shown that cats can test positive for COVID-19. This new research suggests that if these cats did not test positive, there could be more cats out there who have contracted the virus and developed antibodies, but didn’t test positive.

Two of the cats with the highest levels of antibodies belonged to the same owner, who had contracted COVID-19. Researchers were able to track these two cats over a longer period of time than the others to measure how long the antibodies were active within the cats. They reached their peak around 10 days after the antibodies were first detected in early March, but then decreased rapidly.

By June, there were virtually no neutralizing antibodies left.

Researchers noted that although the cats developed antibodies, the transient nature of the antibody response in their bodies was closer to the reaction to a seasonal virus, as opposed to a more long-lasting immunity, indicating that the cats could now be at risk of reinfection.

So far, there has been no evidence of cat-to-human transmission of the virus, and not much is known about human-to-cat transmission, but researchers noted that caution should still be taken with pets.

“Some preventive measures should be implemented to maintain a suitable distance between COVID-19 patients and companion animals such as cats and dogs, and hygiene and quarantine measures should also be established for those high-risk animals,” the study said.