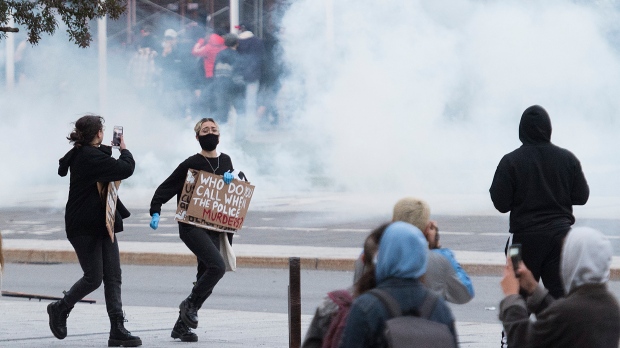 MONTREAL — At a moment when protests have appeared all over the world to denounce racism and police brutality, it seems that the movement is supported by many.

According to the results of a survey carried out by Léger and the Association for Canadian Studies released on Tuesday, a majority of 72 per cent of Canadians – including 71 per cent of Quebecers – say they support the protests. People aged between 18 and 34 are most in support, at 78 per cent.

On the flip side, police who are being accused of acts of brutality, racial profiling and killing Black people still have the support of 39 per cent of Canadians, including 41 per cent of Quebecers. Some respondents indicated supporting both the officers and the movement.

Only 50 per cent of Canadians – including 51 per cent of Quebecers – believe the systemic racism is a serious problem within the police force. For people aged 18 to 34 as well as racialized people, these numbers reach 60 per cent and 61 per cent respectively.

This report by The Canadian Press was first published June 9, 2020.