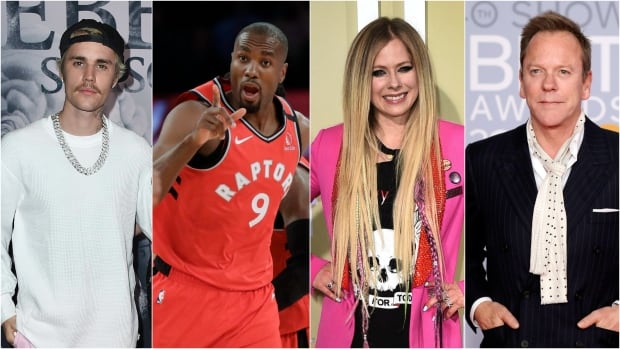 Céline Dion, Justin Bieber and Ryan Reynolds are among the stars slated to appear in a Canadian COVID-19 broadcast benefit tonight.

Stronger Together, Tous Ensemble is a multi-platform event centred around a $150-million campaign to provide support to Food Banks Canada.

The show starts at 6:30 p.m. across all markets and 7 p.m. NT on Sunday. It will be broadcast on most major news networks, including CBC TV and radio, and can be streamed online on CBC.ca, CBC Gem, or the CBC Listen app, among others.

Other celebrities expected to appear from their homes include Mike Myers, Margaret Atwood, Geddy Lee, Daniel and Eugene Levy, and Catherine O’Hara.

Organizers say Murray will address the recent shooting rampage in her home province of Nova Scotia during the show.

Many English and French Canadian broadcasters including CBC/Radio-Canada will air the special on dozens of TV, streaming and radio platforms.