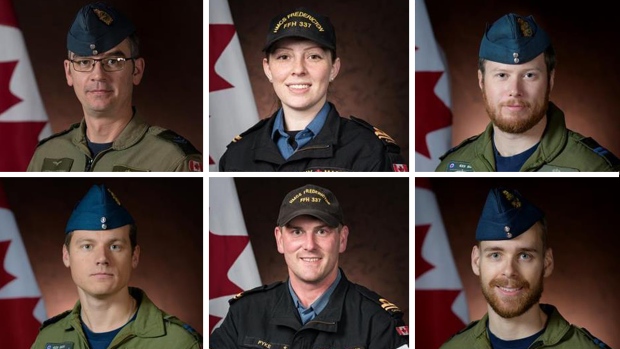 OTTAWA — The Canadian Armed Forces says it has located the remains of some of the military members who died last month when the helicopter they were in crashed in the Mediterranean.

Six Canadian service members died April 29 when the Cyclone helicopter crashed within sight of HMCS Fredericton, which is participating in a NATO mission.

Early this morning Canadian military and United States Navy search-and-recovery teams deployed a remotely operated vehicle to a depth of more than 3,000 metres, and discovered a large piece of the fuselage and the remains of fallen military personnel.

Remains of only two of the victims had been recovered in the days after the crash.

The Canadian military says in a statement the search teams will remain for as long as necessary at the crash site in the Ionian Sea off Greece.

The Canadian Armed Forces requested help from the Americans to search for the wreckage because it does not have the capability to search in water that deep.

This report by The Canadian Press was first published May 27, 2020.