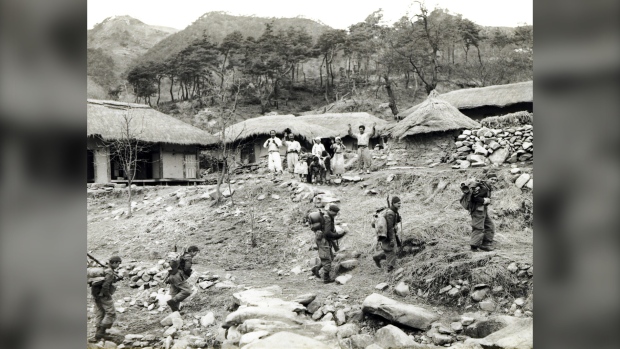 WINNIPEG — It’s often referred to as the forgotten war, but the Koreans who were helped by Canadian forces 70 years ago are still remembering their sacrifices.

As an expression of gratitude for their service, the Government of the Republic of Korea is sending face masks to Korean War Veterans across Canada.

According to a press release from the Republic of Korea, over one million protective face masks will be distributed across 22 countries to veterans of the Korean War.

The shipment of personal protective equipment arrived in Canada in May and is now being distributed to help fight the spread of COVID-19.

“I was an 18-year-old I had just joined the Princess Patricia’s Canadian Light Infantry Second Battalion,” said Czuboka.

“The major battle I was in was called Kapyong, where we were surrounded by the Chinese army, and we thought we were going to be eliminated,” he said. “Somehow, almost in a miraculous fashion, we survived the battle of Kapyong.”

He received his gifted medical masks on June 10.

“The South Koreans are very grateful for all the Canadians who went there to save their country,” noted Czuboka.

Now living in a personal care home in Winnipeg, Czuboka will have to wait to use his masks.

“Eventually, when this viral thing is over, and they let us out of here, then I will wear the masks,” he said.

Czuboka said he appreciates the gesture and would like more Canadians to educate themselves about the Korean War.

“Most Canadians don’t know very much about the Korean war,” he said. “The Koreans, on the other hand, are very grateful.”

Five hundred and sixteen Canadians lost their lives in the conflict, and hundreds more were injured.