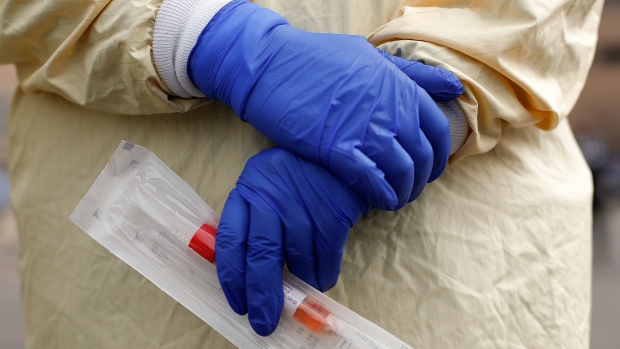 TORONTO — Canadians are being urged to remain vigilant and practice good public health measures as the number of active COVID-19 cases rises to more than 6,000 across the country.

Ontario, Quebec, Alberta and B.C. have all seen steady increases in the number of active COVID-19 cases recently, some recording numbers that haven’t been seen since the height of the outbreak.

On Thursday, B.C. announced 89 new cases of COVID-19, bringing the provincial total to 1,175 active cases, the highest ever recorded. Thirty-four people are currently hospitalized, the most since May.

The same day, Quebec reported 187 new cases of COVID-19, its biggest spike since the end of July, while neighbouring Ontario recorded its eighth straight day with more than 100 new cases.

Although the numbers are a far cry from those reported at the height of the outbreak in March and April, experts say they point to a concerning trend.

“The absolute numbers are fairly low, but we have to remember the trend is what’s concerning.”

Chakrabarti says B.C.’s numbers are particularly concerning, given that the province was largely seen as a champion in flattening the initial curve.

B.C.’s first wave of COVID-19 peaked on April 28 when there were 717 confirmed cases in the province. By June, that number dipped to below 200.

On Aug. 10, B.C. surpassed 400 active cases. Now the province has more active cases than were reported at any point during the first wave.

“I do agree that B.C. needs to do something. They’re seeing a wave coming… they may need to intervene fairly soon,” Chakrabarti said.

Infectious disease expert Dr. Abdu Sharkawy says that while it’s too early to declare a second wave of COVID-19 in Canada, the rising case numbers need to be watched carefully.

“Those kinds of trends before we get into cooler weather aren’t what we want to see,” Sharkawy told CTV’s Your Morning.

“We need to allow a little more time to pass before we can properly gauge whether or not this is a trend or a blip on the radar.”

But Sharkawy, who has been working on the frontlines of the pandemic since the virus made its way into Canada, fears some Canadians have adopted the sentiment that the pandemic is effectively behind us.

“This is not the weather—we can change the trend of COVID-19,” he said.

“I don’t think we want to get ahead of ourselves and panic. What we see is a perfect reflection of the fact that if we move from an attitude of awareness and vigilance, to one of relevant complacency, that’s what happens.”

Sharkawy says that Canadians must remain vigilant about public health measures such as hand washing, distancing, and masking to prevent the spread of the virus, noting that these measures will become even more important as flu season ramps up.

“I think this is just a reminder that we can do this. It’s not something that can’t be changed—and the great news is, if we do it the right way, we’ll protect ourselves from the flu and spare ourselves two hardships,” he said.​